The meeting between Prime Ministers of Armenia, Netherlands kicks off in Hague | ARMENPRESS Armenian News Agency

The meeting between Prime Ministers of Armenia, Netherlands kicks off in Hague 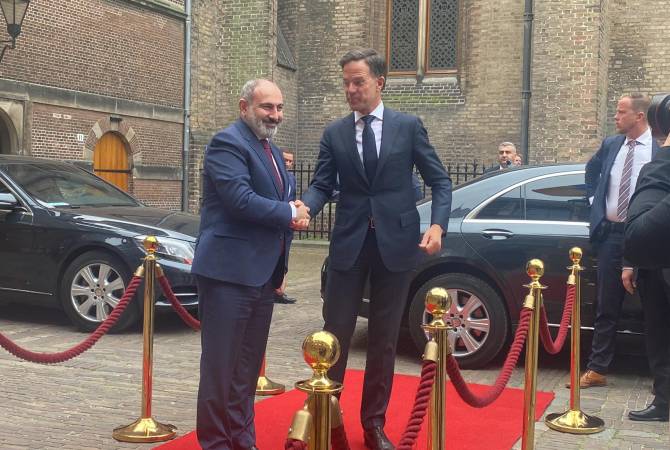 After the meeting, the Prime Ministers will give a joint press conference.

Within the framework of the official visit, on May 11, PM Pashinyan met with representatives of the business community of the Netherlands, toured the Peace Palace, participated in the inauguration ceremony of the khachkar donated by Armenia to the Palace. The Prime Minister delivered a lecture "Armenia and The Netherlands. Centuries-old friendship - 30-year partnership" at the Netherlands Institute of International Relations, Clingendael.