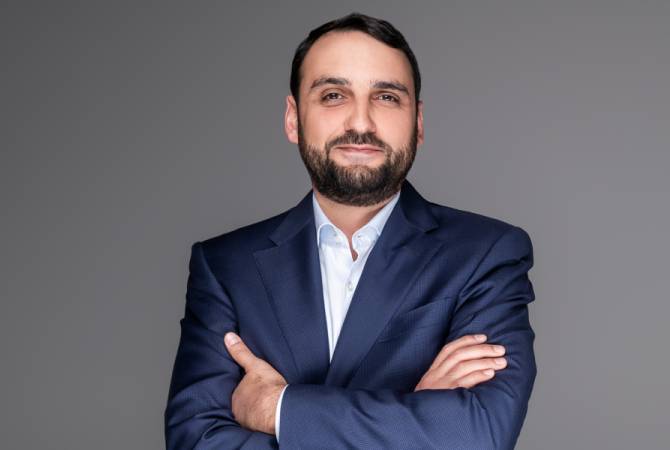 
YEREVAN, MARCH 17, ARMENPRESS. In Yeghipatrush village of Aparan community, Aragatsotn Marz, a new multifunctional ski resort is planned to be constructed under the investment program launched by "Myler Mountain Resort" company. We talked with Tigran Harutyunyan, the founder of the "Myler Mountain Resort" project, about the idea and peculiarities of the project, the details of the investment program.

- Mr. Harutyunyan, "Myler Mountain Resort" is one of the most interesting projects of your group of companies, which is of great importance for the development of Armenia. Would you tell us about the background of your bold idea to create a ski resort?

The idea to have a ski resort in Armenia was born 25 years ago, in 1997. I was 13 years old when we created a ski "national team" with a group of young people. At that time it was very difficult to get skiing outfit and skis in Armenia. Anna Hambardzumyan, Victor Hambardzumyan's granddaughter, brought relevant accessories from Europe, and gathered around her children actively engaged in alpine skiing in Yerevan, and almost every Sunday in winter we went to Tsakhkadzor and Aragats for skiing.

I think it was even useless to talk about the inappropriate conditions of resorts in those years: it was very difficult for us to reach the top of the mountain, because the ropeway was not in proper condition, often not working at all. There had been even such cases when we took a few liters of fuel with us and asked the locals to put the ropeway into operation. The ropeway had a small benches with one seat where we could hardly fit with skis, and it was going so slowly that we could not move due to the cold when we reached the top. But as soon as we got there, we forgot about the cold, difficulties and inconveniences, because there was a great desire and passion to learn, we loved what we did. We were all in our element.

In order to give you a better idea, at that time skiing was just going down as we could, tumbling in the snow. We were like falling snowdrifts (laughs-ed.). Then having weighty skis on our shoulders, wearing heavy winter boots we happily climbed up all the way back. It took only five minutes to ski down, but then we spent more than thirty minutes again to reach the top. There were no ski tracks either: Soviet “Buran” snow mobiles opened tracks by going up and down several times.

We went on “Ski Weekend” in Aragats. There is a building on the way from Byurakan to Amberd, which served as a base for us. There were not any infrastructures in Aragats, and we had to go up and come down in the same way. There was no other option.

It was in those years that I first had the idea that one day, whatever it is, in Armenia we should have a ski resort complying with international standards. At the beginning it was just a dream of my youth, which over the years has developed into a goal. Then, already during my student years visiting advanced sports complexes and international centers in different countries, where I skied and got acquainted with their infrastructure, I realized what it really means to have developed alpine skiing and leisure facilities, a huge stream of tourists. I realized what we were lacking, and what is the essence - what a huge potential we have, but we do not develop it. 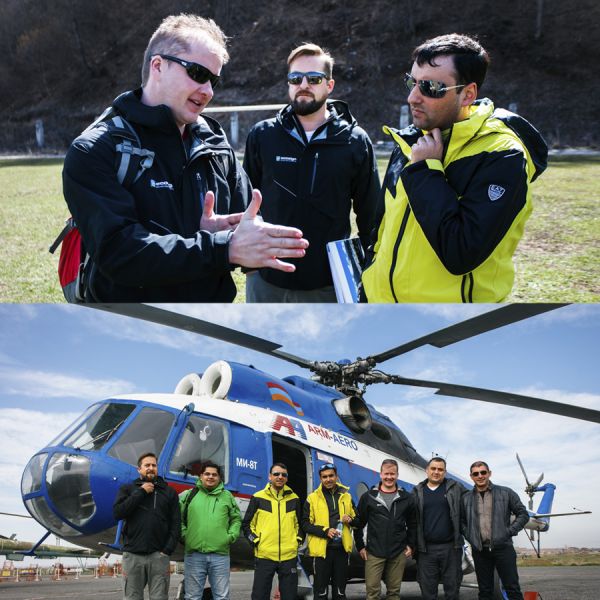 - The new ski resort will be built in Yeghipatrush village of Aparan community, Aragatsotn Marz. Would you describe the project in detail? Why particularly there, how much has been invested, what are the development prospects for the project?

From the conceptual point of view, there are no obstacles to have a center in Armenia that meets European high standards, I am not even afraid to say, to have a center of international level. Both the geographical location and the climatic conditions of the location we have chosen allow to build a complete complex equipped with all the relevant infrastructures.

What we plan now for the first stage of the project is enough to have the most advanced and well-equipped unique center in Armenia which will help us at becoming famous in this sphere in the world.

Now our regional center is Georgia, Gudauri. "Myler" is a long-term project, and in its final stage, in 11-12 years, we can say for sure that we will compete with Sochi and we will have enough capacities to attract a large number of skiers. In the ski market, the ratio of skiers and non-skiers among all the visitors of ski resorts is 50/50.We know what we seek for and we will strive to serve 18,000 skiers a day, who will not face any inconveniences while skiing in the mountains at the same time. This means that we will be able to provide services for 36,000 visitors a day.

One of the peculiarities of this field is that the flow and number of skiers and sports fans is changing, i.e. not everyone always visits the same places to go skiing, they consistently want to change the environment and start travelling. This implies we always have a chance to attract new people, and the competitiveness will be ensured through an optimal relation between price and quality.

As for the investments: the initial phase with an investment of more than 60 million euros will be completed in the winter of 2023, and we plan to complete the whole project in 2032-2035. We plan to invest 250-300 million euros over the course of 10 years. We start with 60 million euros, of which 34 million will be invested only for the construction of ropeways, the rest to the creation of other infrastructures, artificial snowmaking systems and ski tracks. As a result, we will be ready to accept about 6,000 skiers at a time, which is currently three times the number of visitors in the high season in Armenia.

By the way, we will not focus only on winter recreation and entertainment, we will provide and offer activities relevant to all seasons. 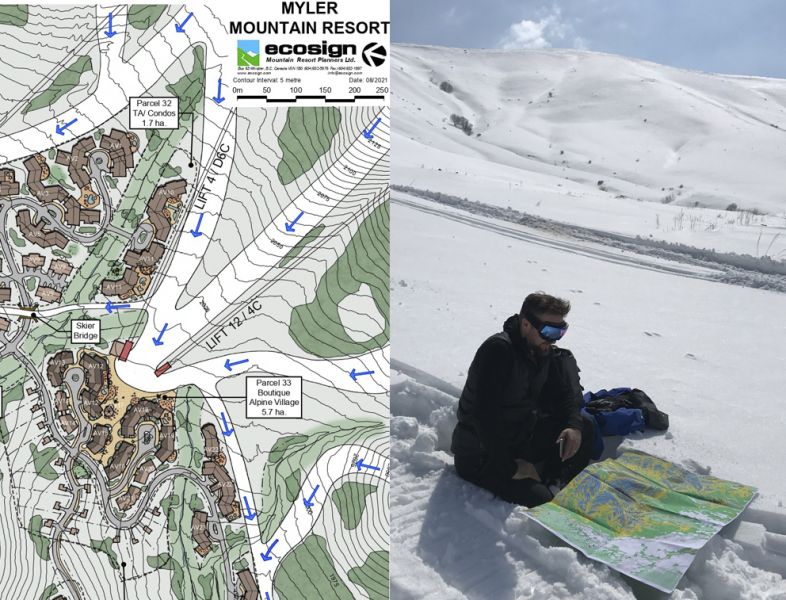 - Mr. Harutyunyan, we are aware that international cooperations are planned for the construction of the resort. Could you please mention them?

We cooperate with “Ecosign”, a reputable and leading Canadian company with nearly 40 years of experience in this field. The company is located in one of the most famous ski resorts in the world - "Whistler". It is specialized in the design and development of mountain resorts and has a super-professional team. “Ecosign” is the designer and concept developer, and European "PGI" company, which is also a leading and professional company at the international level, will assist us as an operator. I can say for sure that we will effectively cooperate with these two companies, as both of them are among the best in their field. As for the procurement of the ropeway, we have already concluded a contract with Austrian company “Doppelmayr”. Active construction works will begin already in May.

Because sooner or later new complexes will appear in the surrounding area, there are real opportunities to have a complete route Tsakhkadzor-Marmarik-Aghveran. This volume can already serve as the basis for the creation of a new tourist city, a claim to become an international center, and hence having a common concept is very important.

In the first phase, 250 employees will be involved in the construction work, mostly from the community, and the professional staff entirely consists of specialists with international qualifications. About1500 permanent jobs will be created upon completion of the project.

With this project, we want to contribute to the development of tourism and sports, promote new trends of leisure and entertainment, and form a culture of a healthy lifestyle. We want “Myler” to become an exemplary and reliable model of effective public-private partnership. This year we celebrate a jubilee of our group of companies and the launching of "Myler" project is also symbolic. Like all our projects, "Myler" is also aimed at creating long-lasting projects and developing a potential of Armenia.