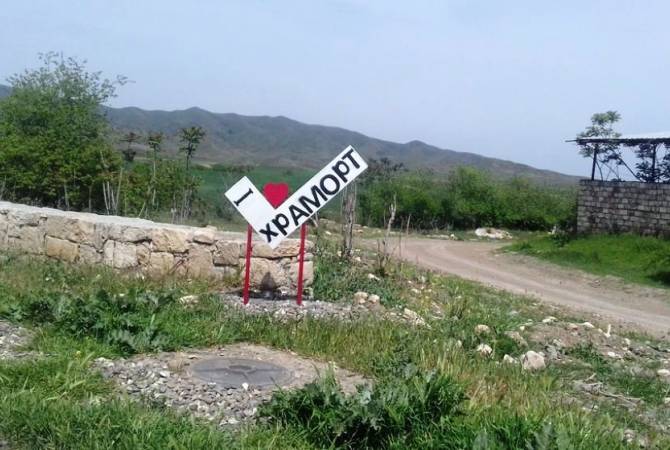 She released a statement on social media which says:

“I am in constant contact with the Human Rights Ombudsman and the Prosecutor General of Artsakh. Yesterday, there were intensive shootings in the direction of Khramort village of Askeran region and Karmir Shuka and Khnushinak villages of Martuni region. During the day, the shootings in the direction of Khramort were accompanied by the criminal acts of exerting psychological pressure against the civilian population, by giving “warnings” in Armenian over a loudspeaker for the population to leave the village.

This criminal act against the civilian population intensified overnight in the direction of the of Khramort village, where the Azerbaijani armed forces implemented the use of mortar. One civilian is wounded. The opponent also demonstratively accumulated heavy equipment (tanks) in the direction of the village. For the purpose of the security of the civilian population, women and children were evacuated overnight to a more secure location, however, according to the information provided by my colleagues, they have returned to the village in the morning.

This is the ongoing criminal policy by the Azerbaijani military-political leadership, which is aimed at violating the life and security of people living in their homeland, terrorizing them, and causing them constant crisis. It is clearly evident that the ultimate goal of such acts is to remove the Armenian communities in Artsakh from their native Armenian population, which is a manifestation of the ongoing policy of Armenophobia and ethnic hatred.

On the other hand, the irresponsible behavior of the Azerbaijani state is aimed at damaging the reputation of the Russian peacekeeping mission and undermining the enormous efforts made to ensure the peaceful life of the civilian population.

Today, I will send the information about these incidents to the relevant international organizations and embassies”.