Armenian, Russian Defense Ministers refer to the modernization of Armenian Armed Forces and the process of reforms 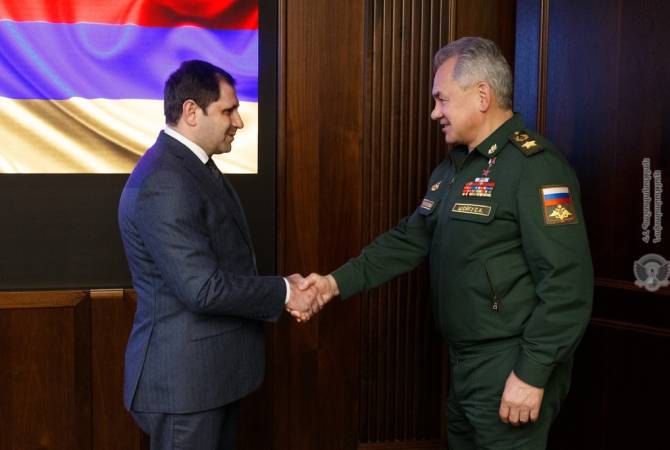 As ARMENPRESS was informed from the press service of the MOD Armenia, during the meeting, the sides exchanged opinions on international and regional security issues. A number of issues related to the Armenian-Russian bilateral and multilateral military cooperation were discussed.

The parties praised the dynamics of the Armenian-Russian allied cooperation and the political dialogue, the role and efforts of the Russian Federation aimed at stabilizing the military-political situation in the region, as well as the effectiveness of the Russian peacekeeping mission in Artsakh.

During the discussions, reference was made to the modernization of the Armenian Armed Forces and the process of reforms.

At the end of the meeting, Armenian Defense Minister Suren Papikyan invited his Russian counterpart Shoygu to pay an official visit to Armenia.