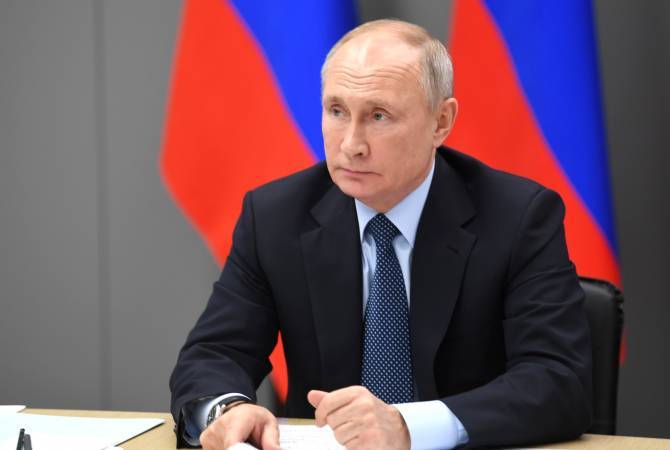 
YEREVAN, FEBRUARY 24, ARMENPRESS. Russian President Vladimir Putin said that he made the decision to hold a special military operation in response to the address of leaders of Donbass republics, TASS reports.

"People’s republics of Donbass approached Russia with a request for help. In connection therewith, <…> I made the decision to hold a special military operation. Its goal is to protect the people that are subjected to abuse, genocide from the Kiev regime for eight years, and to this end we will seek to demilitarize and denazify Ukraine and put to justice those that committed numerous bloody crimes against peaceful people, including Russian nationals," Putin said in the television address as quoted by TASS.

Justice and truth are on Russia’s side, President Vladimir Putin said in a special television address.

"The welfare, the very existence of entire countries and peoples, their success and health are always originating from the strong root system of culture and values, experience and traditions of ancestors, directly depending on abilities to quickly adapt to continuously changing life, consolidation of the society, its readiness to consolidate and gather all forces together for moving forward," Putin said.

"Forces are always needed but they can be of different quality," the Russian leader said. "And we know the real strength is in justice and truth that are on our side," he added.