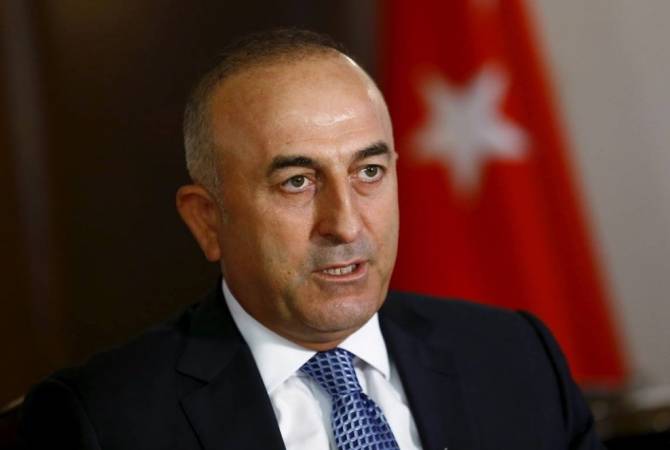 
YEREVAN, JANUARY 27, ARMENPRESS. Turkish Foreign Minister Mevlüt Çavuşoğlu referred to the process of normalization of relations with Armenia, ARMENPRESS reports the Turkish FM talked about the issue during a press conference following the meeting with the foreign minister of the Central African Republic.

"The normalization process we started with Armenia and supported by Azerbaijan, continues with confidence-building steps. The tete-a-tete meeting of our special envoys was held in Moscow. They met directly, without any mediator. It is true that the host country, Russia, hosted both of them during the dinner, for which we thank them. After the first familiarization meeting, the special envoys will discuss further steps together," Çavuşoğlu said, noting that from February, one Turkish and one Armenian airline will start operating Istanbul-Yerevan-Istanbul flights.

He stated that at present 50 countries, 45 of which at the level of FMs and 5 at the level of Deputy FMs, have confirmed their participation in the Antalya Diplomatic Forum. According to him, representatives of more than 30 international organizations (NATO, EU) will also participate. "There is a very serious representation, the first forum was very successful, because everyone saw that it’s a free environment and a platform. That is what we want - to bring diplomacy, dialogue to the forefront, to discuss existing issues, to bring forward visions for the future… We have invited the Minister of Foreign Affairs of Armenia and the Special Representative Ruben Rubinyan. Recently Pashinyan said that they can participate in the forum. We will be happy, because Azerbaijan is also coming. Let Azerbaijan and Armenia present their opinions," said the Turkish Foreign Minister.