Up to 42% of school students don’t know “flu is a viral disease”, alarms deputy minister amid push for education reforms 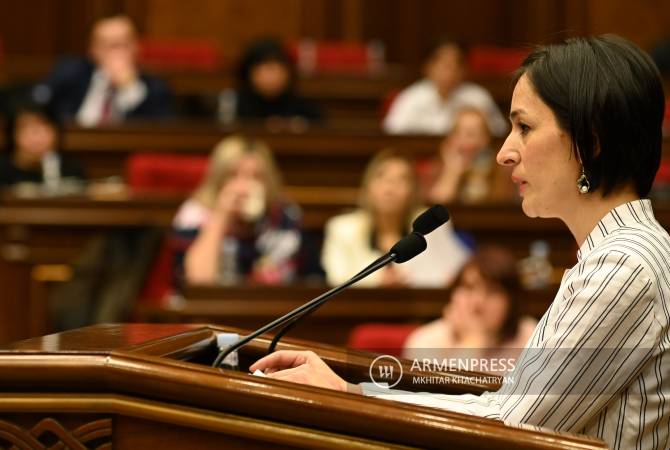 
YEREVAN, JANUARY 25, ARMENPRESS. 16-28 percent of Armenian schools students in between 2003-2015 failed to overcome the lowest threshold of international assessment for mathematics, alarms the deputy education minister.

“This shows the absence of basic knowledge of integers, decimal numerals, and inability to make simple numerical actions,” the Deputy Minister of Education, Science, Culture and Sport Zhanna Andreasyan told lawmakers during parliamentary hearings on the proposed amendments to the Law on Public Education, seeking to change the qualification system for teachers, school administration system etc.

“8-11 percent of school students scored so low that it was impossible to give them any mark,” she added.

Moreover, 24-42 percent of school students in the same period of time failed to overcome the lowest international assessment threshold of natural sciences. “This shows the absence of fundamental knowledge about sciences and physics. For example, that the flu is a viral disease, that genes are inherited from two parents and other similar simple facts,” Andreasyan said.

In addition, in 2019 nearly 20% of applicants to universities failed to overcome the minimum threshold of the centralized unified exam of Armenian language.

In 2017-2018, only 54,6% of 9-graders passed the Armenian Language and Literature graduation examination’s minimum threshold.

11:29, 05.19.2022
2784 views U.S. recognizes role of population of Nagorno-Karabakh in deciding its future–Ambassador Tracy’s interview to ARMENPRESS