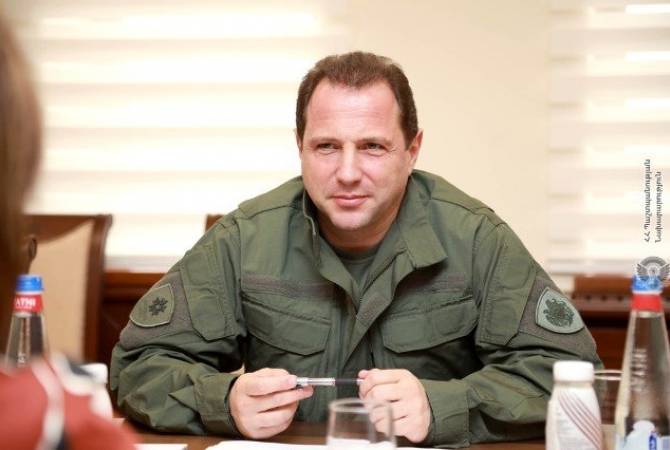 Tonoyan’s lawyer said that only one defendant – Artyom Hambaryan – was granted release on bail on a sum of 5,000,000 drams. Other defendants, including Tonoyan, were denied bail.

Two Members of Parliament from the ruling Civil Contract party – Kristine Poghosyan and Vilen Gabrielyan , as well as another MP Aram Sargsyan (Hanrapetutyun Party President, brother of late PM Vazgen Sargsyan) had vouched-in to the court for Tonoyan’s release.

Tonoyan and several others face corruption charges. They are charged with fraud and embezzlement that cost the state almost 2.3 billion drams ($4.7 million) in what authorities said was a deliberate acquisition of outdated rockets for the military during Tonoyan’s tenure as defense minister.

The Chief of the General Staff of the Armenian Armed Forces General Artak Davtyan is also charged in the case.

11:29, 05.19.2022
2373 views U.S. recognizes role of population of Nagorno-Karabakh in deciding its future–Ambassador Tracy’s interview to ARMENPRESS