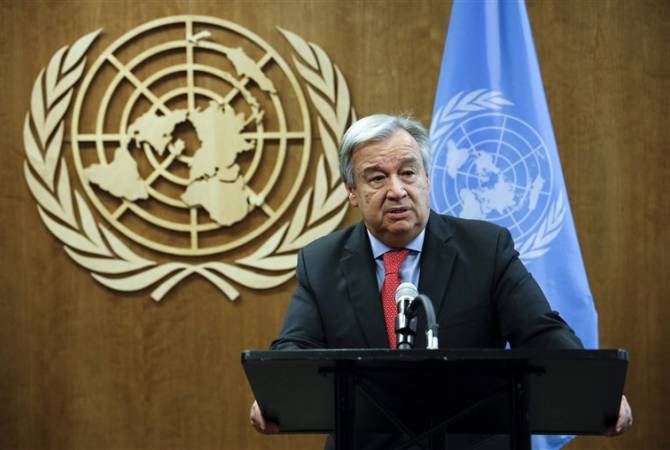 "We have started another year in the clutches of the world pandemic. Coronavirus continues to control life, plans and hopes. Uncertainty has increased even more. Meanwhile, inequality and inflation are growing. We face fierce political conflicts. The level of distrust between the superpowers has reached a peak," Guterres said.

The Secretary-General noted that since 1945, the world now is experiencing the largest number of violent conflicts.

"The stockpile of nuclear weapons exceeds 13,000, the highest level in a decade," Guterres said.

19:52, 06.24.2022
2472 views The Chinese Ambassador to Armenia attaches importance to cooperation with Shirak Province in various fields