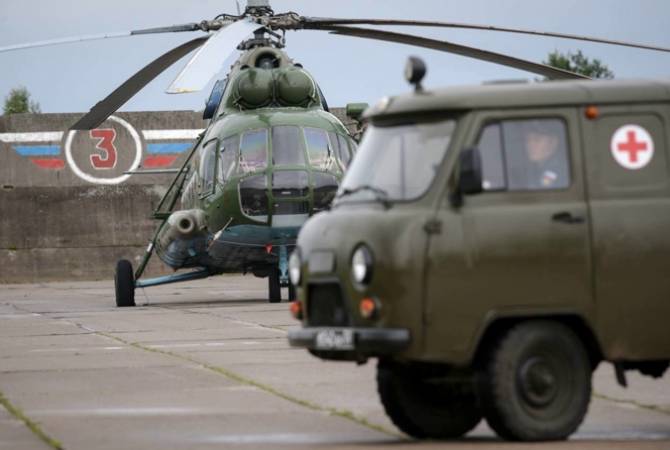 
YEREVAN, JANUARY 21, ARMENPRESS. A child who was seriously injured in a car accident in Chartar town of Artsakh on January 19 was taken to Yerevan by a Russian peacekeeping helicopter, ARMENPRESS reports the State Minister of the Artsakh Republic Artak Beglaryan wrote on his "Facebook" page.

"Four children were injured in a car accident in Chartar on January 19, three of them with moderate and one with severe spinal fracture. Given the complexity and danger of this fracture, doctors advised to transport him to Yerevan by helicopter. The Government of Artsakh applied to the Russian peacekeeping forces with a request to provide a helicopter, which was granted by them, but due to bad weather yesterday, the flight took place this morning. The child is now in Yerevan under medical supervision. His life is not in danger, but heavy and complicated surgeries are planned. We hope he will be able to recover as much as possible," said the State Minister of Artsakh.

He added that this is the first time after the 2020 war that such an urgent need for the use of a helicopter has arisen, and, fortunately, the problem has been solved. "I would like to express special thanks to the Russian peacekeeping force, Commander Major-General Andrei Volkov, for resolving this urgent humanitarian problem quickly and effectively. This is another example of the humanitarian activities of Russian peacekeepers in Artsakh and our cooperation," Artak Beglaryan said.

11:29, 05.19.2022
2882 views U.S. recognizes role of population of Nagorno-Karabakh in deciding its future–Ambassador Tracy’s interview to ARMENPRESS