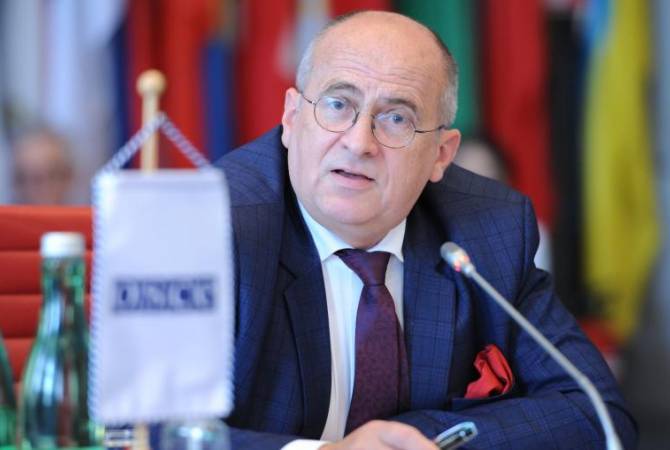 
YEREVAN, JANUARY 18, ARMENPRESS. The Polish OSCE Chairmanship reiterates its full support to the OSCE Minsk Group Co-Chairs, the OSCE Polish Chairmanship said in response to an inquiry from ARMENPRESS when asked to comment on Azerbaijani President Ilham Aliyev’s threats to “pressure” the OSCE Minsk Group Co-Chairs’ attempts to deal with the Nagorno Karabakh conflict settlement – its mandate.

In his latest infamous interview, the Azeri leader had again falsely claimed that the Nagorno Karabakh conflict is already resolved and thus the OSCE Minsk Group is obsolete. He went on to claim that if one party of the conflict says the conflict is resolved then it leaves no room for mediation.

Azeri President Ilham Aliyev has numerously falsely claimed that the Nagorno Karabakh conflict is resolved after the 2020 war.

However, the governments of Armenia, Russia, France, United States and others have repeatedly stressed that the conflict remains unresolved and called for a comprehensive and peaceful settlement within the framework of the OSCE Minsk Group Co-Chairmanship.