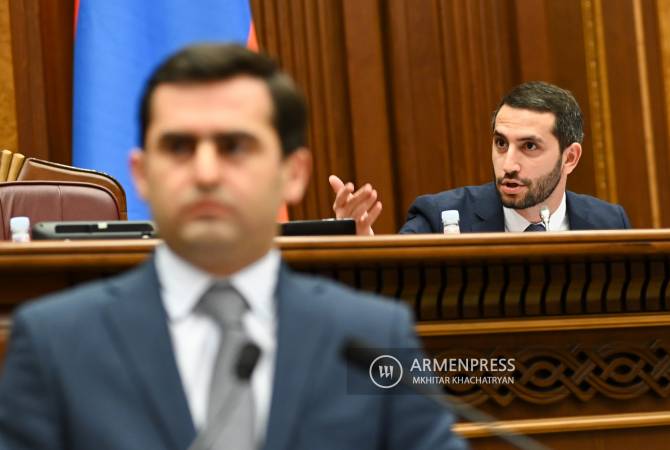 
YEREVAN, JANUARY 17, ARMENPRESS. Parliament adjourned the session after a shouting match erupted between opposition MPs from the Hayastan faction and the Vice Speaker of Parliament Ruben Rubinyan.

The quarrel began after the opposition MPs accused Rubinyan – who is the Special Representative for Dialogue with Turkey – in being an agent of influence of Turkey. He strongly denied these accusations.

Then, the Vice Speaker Hakob Arshakyan took the floor to again address the matter.

“I’d like to inform our opposition colleagues, that to try and label a man, to connect the fact of him having been in any given country during the revolution or in any given period of time with being an agent of influence is the same as accusing someone of being an agent just because of their surname. Please look among yourselves, you might find a suspicion surname,” Arshakyan said.

During his speech, opposition MP from Hayastan faction Hripsime Stambulyan started to speak, but inaudibly. As the loud quarrel began, Rubinyan adjourned the session.