Armenophobia the guarantee of political life of Azerbaijani officials – Ombudsman 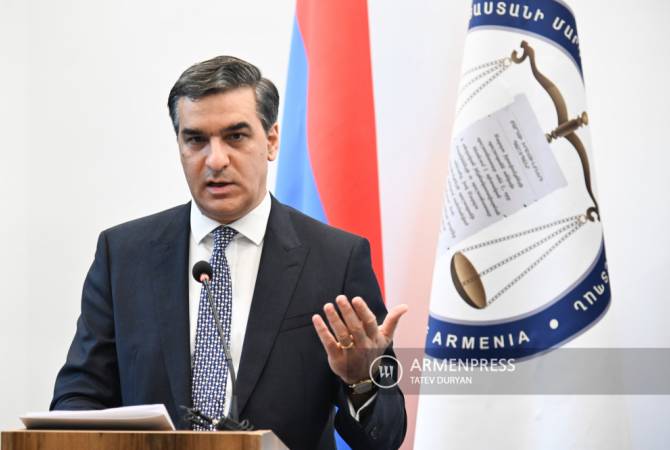 
YEREVAN, JANUARY 12, ARMENPRESS. The real reason and source of Azerbaijan’s provocations on the border with Armenia is the state propaganda policy of Armenophobia and hatred which is being carried out by the authorities of that country, Ombudsman of Armenia Arman Tatoyan told reporters today.

“And this is not only a rhetoric, as I met in different cases, but a state policy being applied in life for many years. Look at the education, science, culture and sport sectors: Armenophobia and hatred pass through all these areas, even after the war the Azerbaijani president has proudly announced that the hatred against the Armenian people has increased in Azerbaijan”, Tatoyan said.

“Therefore, this is a targeted policy, to keep its own people in Armenophobia, deviate people’s attention from their own problems. The system there is such, which, of course, completely violates the system of human rights and democracy”, the Ombudsman said.