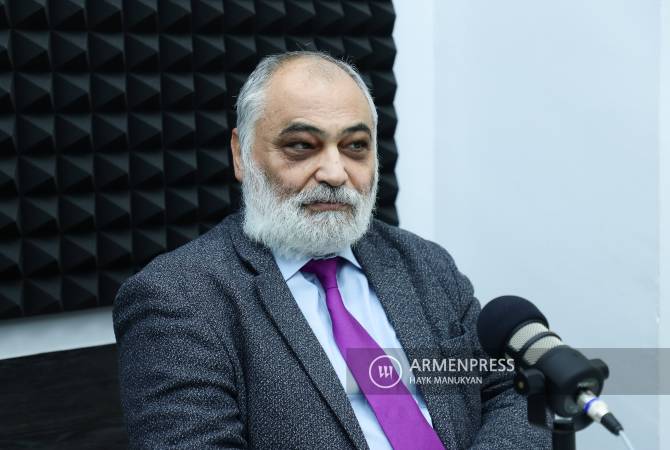 
YEREVAN, DECEMBER 27, ARMENPRESS. Expert on Turkey, academician Ruben Safrastyan sat down with ARMENPRESS to talk about the prospects of the new process of normalization of relations between Armenia and Turkey after the failed “football diplomacy”, whether or not Turkey is sincere in willing to reconcile with Armenia and what risks and benefits Armenia could have by entering this process.

Safrastyan, an academician at the National Academy of Sciences, noted that this is already the 4th attempt of normalization in 30 years, two of which were initiated by the United States – the "track-two diplomacy" (TARC) and “football diplomacy”. He believes that this new round is being advanced from one side the United States and from the other side Russia.

However, Safrastyan said he doesn’t have big expectations from this new round and is almost certain that the process will suffer the same fate like the previous ones, but on the other hand he believes that Armenia ought to participate in these negotiations due to certain strategic, political and diplomatic reasons.

Ruben Safrastyan underscored that the new Armenian-Turkish process can succeed only in one case – if Turkey – under the pressure of the US, Russia and France – recognizes the Armenian Genocide.

The scholar is sure that Turkey hasn’t changed its position on Armenia and will again bring forward its well-known three pre-conditions – that Armenia must reaffirm its commitment to the 1921 Kars Treaty and recognize the current borders with Turkey, abandon pursuing the policy of international recognition of the Armenian Genocide and refuse from Artsakh. And now a 4th precondition has emerged, the so-called “Zangezur corridor”, which President of Turkey Recep Tayyip Erdogan has frequently talked about.

Safrastyan said it is highly important for the Armenian government to remain adamant in the abovementioned principled issues and not abandon its approaches.

“Normal relations with Turkey are in the interests of both Armenia and the entire region. But this is about the cost of it, what’s going to be the cost of this. Turkey is demanding a very high price from us. The cost is these four preconditions, four demands brought upon us. This is a very big price and it is unacceptable for us. Do you know why this is unacceptable? Because both the issue of the Armenian Genocide, the issue of the Kars Treaty and the issue of Artsakh are part of our modern identity. We are Armenians because these issues matter for us. If we were to go for principles concessions in these issues, it would mean abandoning a part of our identity. That is why we must be unshakeable in principled issues, we should not make any concessions. While in other issues there could be compromise,” Safrastyan said.

11:29, 05.19.2022
2977 views U.S. recognizes role of population of Nagorno-Karabakh in deciding its future–Ambassador Tracy’s interview to ARMENPRESS