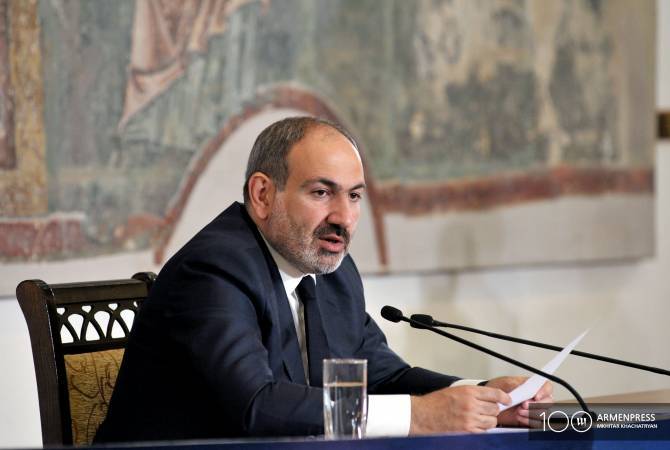 
YEREVAN, DECEMBER 11, ARMENPRESS. Prime Minister of Armenia Nikol Pashinyan referred to the accusations addressed at the government by some forces, at the same time emphasizing that the key issue is the low level of accomplishment of statehood and state institutions, and the main thing to do is the development of statehood and state institutions.

ARMENPRESS reports the PM particularly wrote, “The rhetoric of the "traitorous government" generated by some forces is not at all the voice the pain of the lost homeland. This is an episode of a hybrid war seriously thought out and prepared for many years.

In 2018, as Prime Minister, I had not yet managed to read the negotiation papers on the settlement of the Nagorno-Karabakh conflict, the same forces were whispering that our government was going to surrender the lands. The idea was slowly, step by step, circulating from ear to ear.

The goal was that if / when the time comes to defend the interests of Artsakh and Armenia with weapons, the idea that war and struggle are meaningless, everything is decided at the top, "the lands have been surrendered" seemed to be trustworthy by which the country's resistance, soldier motivation and will would be broken. And before the possible war, the country's position at the negotiating table would weaken."

According to Pashinyan, such combinations are, of course, built in close cooperation between outside and inside forces, and those who generate this rhetoric inside often do not even guess what they are participating in, because everything is served with a high "patriotic" sauce.

“But the narrow circle of the elite cannot but know its own mission, which is based on mutually beneficial cooperation with external forces. External forces - territories, internal forces - power. In 2020-2021, the first part was a success, the second part was not. But as you can see, the internal "patriots" do not calm down because their foreign partners do not consider the mission over”, Pashinyan said.

He considered the criticism addressed to the government and state bodies appropriate. "And why do not you prevent? Of course, there are dozens of factors, the key of which is the degree of maturity of state institutions.