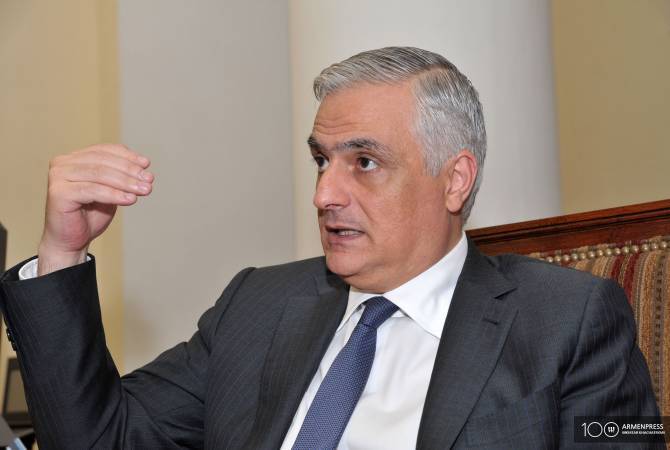 
YEREVAN, DECEMBER 8, ARMENPRESS. Azerbaijani president Ilham Aliyev’s statement about the “Zangezur corridor” was a surprise for the Armenian authorities, Deputy Prime Minister of Armenia Mher Grigoryan said in an interview to the Russian news agency TASS, expressing hope that the Armenian-Russia-Azerbaijan deputy prime ministerial working group dealing with unblocking of regional communications will continue its work around the main principles which have already been agreed upon.

“Baku’s latest statement was a surprise to us. It was supposed that we would continue the work of the group in the coming days. I hope the situation will return to a constructive course, and we will continue the work around the main principles which are already agreed upon”, the deputy PM said.

He said that “as of now all sessions of the working group have been held in a format of constructive dialogue”. Grigoryan said that the sides “had a mutual understanding on the restoration of railway infrastructure and unblocking”. “There was also a perception according to which the sovereignty of roads will belong to the countries they will pass through, and that roads will in their turn be under the jurisdiction of the country they will pass through. There are still nuances on other issues”, deputy PM Grigoryan said.

The last session of the Armenian-Russia-Azerbaijan deputy prime ministerial working group was held in Moscow on December 1.

11:29, 05.19.2022
2296 views U.S. recognizes role of population of Nagorno-Karabakh in deciding its future–Ambassador Tracy’s interview to ARMENPRESS