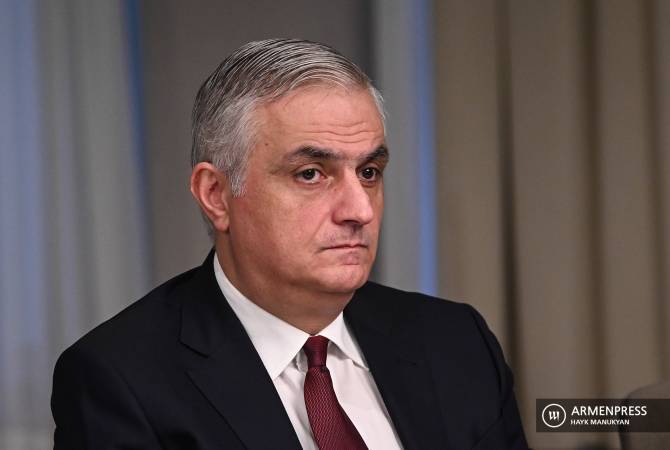 
YEREVAN, DECEMBER 8, ARMENPRESS. The possible unblocking of connections in the region isn’t tied with the delimitation and demarcation of borders between Armenia and Azerbaijan, the Armenian Deputy Prime Minister Mher Grigoryan said in an interview with TASS news agency.

“We adhere to the Sochi statement of the leaders of the three countries, according to which an agreement was reached to take steps in the direction of increasing the level of stability and security on the Armenian-Azerbaijani border, as well as to work in the direction of creating the bilateral commission on the delimitation and subsequent demarcation of the state border between Armenia and Azerbaijan, with consultative support from the Russian Federation. However, this issue isn’t anyhow interrelated with the possible opening of transport connections of the region,” Grigoryan said.

Deputy PM Mher Grigoryan added that under the trilateral task force led by him and the Russian and Azeri deputy prime ministers dealing with unblocking, an expert sub-group was set up to deal with development of the issues of ensuring transportation in the event of the opening of borders. “A final discussion on regulating these issues hasn’t yet taken place,” he said.

16:31, 06.30.2022
2041 views Statements of Turkish officials that they coordinate the process with Azerbaijan are strange – Armenia’s Special Envoy