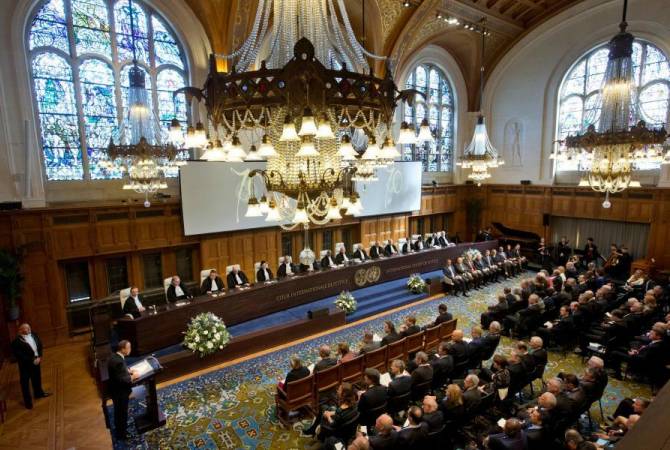 
YEREVAN, DECEMBER 7, ARMENPRESS. The International Court of Justice, presided over by Joan Donoghue, has published the decision over Armenia’s application on taking interim measures over Armenia vs. Azerbaijan case.

As ARMENPRESS was informed from “Lurer” program of the Public TV, the Hague Court demanded Azerbaijan to prevent the spread of racial hatred against Armenians.

According to the first point of the decision, Azerbaijan must ensure the security of those taken captive during or after the Artsakh war and guarantees their equality before the law.

It should take measures to prevent the spread of racial hatred against people of Armenian descent, including by officials and state bodies. It should take all necessary measures to prevent and punish all cases of vandalism and acts of desecration of Armenian cultural heritage, including churches, other places of worship, monuments, natural sites, cemeteries, and other artifacts.

The court called on the parties to refrain from actions that can complicate the work of the court.

10:01, 01.17.2022
Viewed 1607 times French lawmakers call on Macron to demand apology from Aliyev for threats to presidential candidate after Artsakh visit