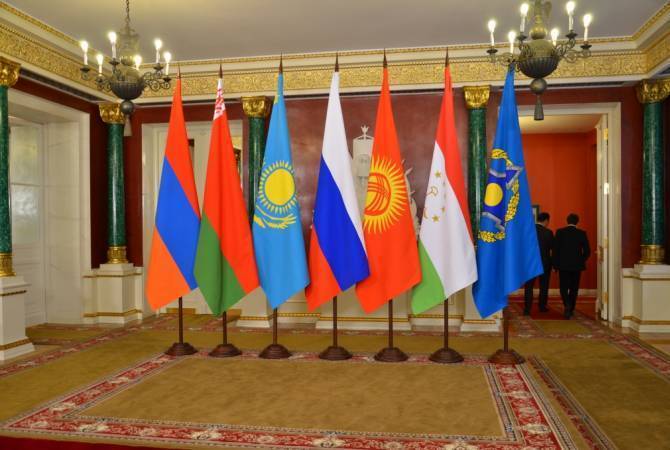 
YEREVAN, DECEMBER 6, ARMENPRESS. The CSTO member states are deeply concerned about the terror attacks in the CSTO space and outside its borders, as well as about the growing use of internet, live broadcasts for that purpose, the CSTO foreign ministers’ statement adopted on the sidelines of the 28th OSCE Ministerial Council in Sweden says.

The foreign ministers of the CSTO member states – Armenia, Russia, Belarus, Kazakhstan, Kyrgyzstan and Tajikistan, have emphasized that terrorism with all its types and manifestations is one of the biggest threats for the globe and the international security, calling any terrorist act a crime and adding that it has no justification regardless of its motives.

“We reaffirm our commitment to keep the unity in the international fight against terrorism, by recognizing the UN’s central and coordinating role on the matter. We once again announce that countries have a vital role to play in preventing and fighting terrorism, in accordance with the Charter of the United Nations organization. We reiterate our commitment to the full implementation of the UN Global Anti-Terrorism Strategy, respecting human rights, fundamental freedoms and rule of law”, the statement says.

They also expressed their concerns over the growing spread of hate speech and ideas through internet. They emphasized the necessity to make efforts to develop information literacy especially among the youth.

19:30, 01.14.2022
Viewed 1613 times Russian MFA issues statement on the results of the meeting between the special representatives of Armenia, Turkey