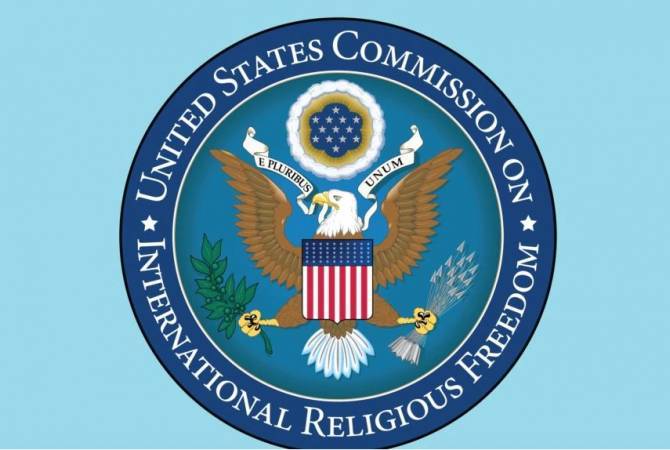 
YEREVAN, DECEMBER 6, ARMENPRESS. The United States Commission on International Religious Freedom strongly criticized the Turkish government for the “religious freedom conditions” and “actions, deliberate inactions, and rhetoric to fuel a political environment that is hostile to religious minorities.”

“The Turkish government has made little effort to address the religious freedom issues consistently raised for years, including granting minority religious communities legal personality and permission to hold board member elections; recognizing Alevi houses of worship (cemevleri); and reopening the Theological School of Halki, a seminary of the Ecumenical Patriarchate of the Eastern Orthodox Church. Government tolerance of hate speech and acts of violence persisted as the COVID-19 pandemic hatched antisemitic conspiracy theories and new forms of intimidation towards Turkey’s Armenian community and others,” the U.S. federal government commission said in the annual report on Turkey.

It noted that the Armenian religious heritage sites remain under threat, citing the demolition of the Surp Toros Armenian church in Kütahya in 2021. “In August bulldozers destroyed an Armenian cemetery in Van Province, the same month an Armenian church and cultural center in Malatya hosted its first mass following a restoration.”

“In April 2021, in response to Turkish-Armenian MP Garo Paylan’s statements on Armenian Genocide Remembrance Day, nationalist MP Ümit Özdağ threatened: “you’ll also have a Talat Pasha experience and you should have it.” Talat Pasha was the principal architect of the Armenian Genocide. Indeed, the COVID-19 pandemic and the November 2020 conflict in Nagorno-Karabakh has fueled anti-Armenian conspiracies and intimidating, anti-Armenian protests,” the report noted.

19:30, 01.14.2022
Viewed 1610 times Russian MFA issues statement on the results of the meeting between the special representatives of Armenia, Turkey