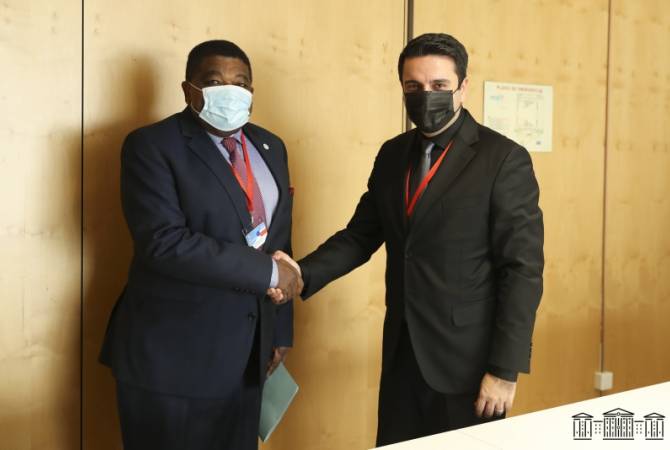 During the meeting Alen Simonyan said that since its membership to the IPU in 1995 the Armenian parliament has always actively participated in the activities of the organization, highlighting its principles and universal values.

The sides discussed issues relating to the protection of human rights, exercise of fundamental rights and freedoms in Armenia. Alen Simonyan informed that the Armenian parliament has joined the IPU’s “Yes to Youth in Parliament” initiative.

The meeting also touched upon the ongoing reforms in Armenia following the June 20, 2021 snap parliamentary elections.

At the end of the meeting Speaker Alen Simonyan reaffirmed that the Armenian parliament will do the utmost to assist in further deepening the inter-parliamentary cooperation.