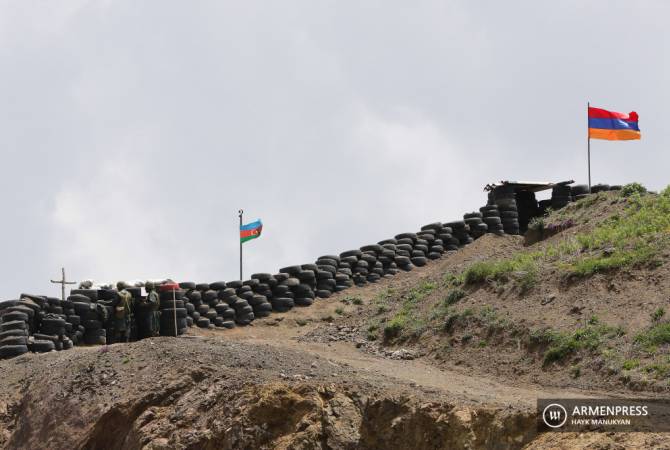 
YEREVAN, NOVEMBER 26, ARMENPRESS. The Russian peacekeeping forces deployed in Nagorno Karabakh after the November 9, 2020 ceasefire, and Russian Federation in general, play a key role in stabilizing the situation in Artsakh and the region as a whole, ARMENPRESS reports Prime Minister of Armenia NIkol Pashinyan said at the trilateral meeting with the Presidents of Russia and Azerbaijan in Sochi.

The Prime Minister of Armenia reminded that since November 9, 2020, there have been dozens of casualties from both sides, incidents have been registered in the Nagorno Karabakh conflict zone, and since May 12, 2021, there is a crisis situation on the Armenian-Azerbaijani border, following the invasion of the Azerbaijani forces into the sovereign territory of the Republic of Armenia.

“It is obvious that the Russian peacekeepers and the Russian Federation play a key role in stabilizing the situation in Nagorno Karabakh and the region in general. But I want to emphasize that, unfortunately, the situation is not as stable as we would like. Dozens of people have been killed from both sides since November 9, 2020. There have been incidents in both Nagorno Karabakh, and since May 12 this year, there has been a crisis also on the Armenian-Azerbaijani border, and our assessment is that the Azerbaijani troops have invaded the sovereign territory of Armenia. Of course, the borders of Armenia and Azerbaijan are not demarcated and delimited, but the state border exists, it is the sovereign territory of the Republic of Armenia”, Pashinyan emphasized.