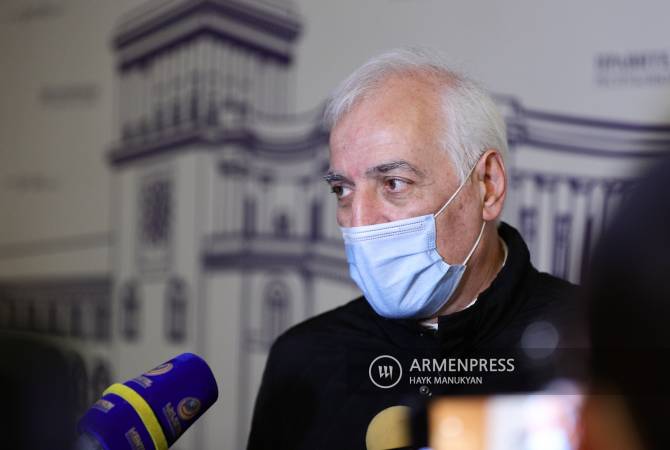 
YEREVAN, NOVEMBER 25, ARMENPRESS. The Minister of High Tech Industry Vahagn Khachaturyan says he is also among those in Armenia to have received a warning from Apple that their phone is potentially targeted by the Pegasus spyware.

Earlier on November 24, an opposition leader and MP Artur Vanetsyan released screenshots of the Apple email sent to him warning that he’s been targeted by “state-sponsored” hackers. This came a day after Apple filed a lawsuit against the Israeli NSO Group – the creator of the Pegasus spyware – for targeting Apple users.

Vanetsyan, who is a former Director of the National Security Service, explicitly accused the incumbent Armenian government in targeting him. Former government official Davit Sanasaryan also revealed that he also received the same threat notification from Apple.

But now, the Minister of High Tech Industry Vahagn Khachaturyan argues that the fact that he’s also been targeted means that the government has nothing to do with it.

“Two days ago I also received that notification on my phone. I think if you were to ask many people it would turn out that they’ve also received it. This means that it doesn’t have any relation with the Armenian authorities. That’s an internationally known company. We aren’t the only ones to face this problem. A company like Apple, which is most attentive towards its customers, made that warnings. We followed the instructions. As far as comments on who’s behind this all, please ask them,” the Cabinet member said, noting that they are assessing this as an attack or intention to attack – in this given case - individual citizens of Armenia.