7 alternative roads under construction in Syunik 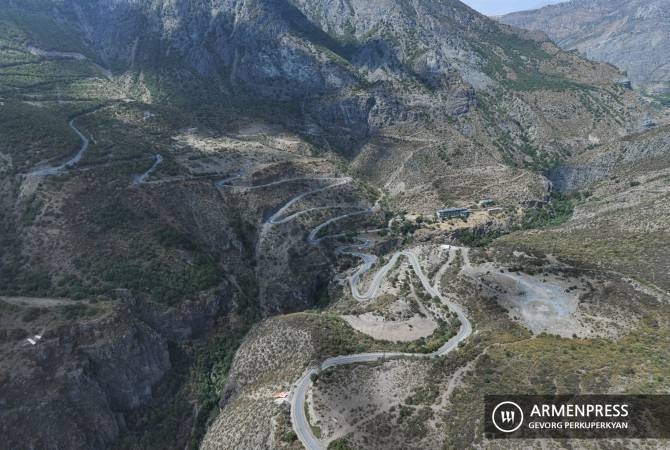 “In addition to that we are also building a bypass road for Verin Khotanan village so that cargo vehicles don’t pass through the village,” he said.

PM Pashinyan then asked Minister of Territorial Administration and Infrastructures Gnel Sanosyan to brief on the construction process. Sanosyan said that the Tatev-Aghvani road is completely ready.

He said that not only is the new road as good as M2, but in some parts it’s even wider. “The main difficulty is in some parts of the Tatev gorge and that’s why we are building the Tatev-Ltsen road, so that we bypass that section and have a shortcut to Sisian. Rather active construction works are ongoing in other roads too,” Sanosyan said.