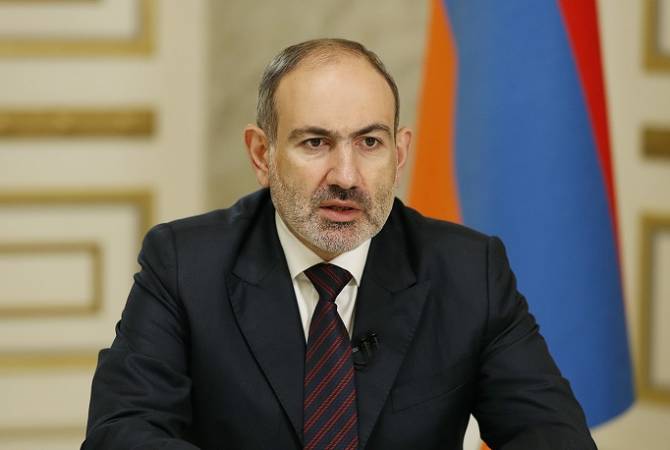 
YEREVAN, NOVEMBER 23, ARMENPRESS. It’s Armenia who will decide by which roads to ensure the connection between Azerbaijan and Nakhichevan, there is no corridor issue, ARMENPRESS reports Prime Minister of Armenia Nikol Pashinyan said in an online press conference, referring to the remark that Azerbaijan interprets the “unobstructed traffic” formulation of the 9th point of the November 9 declaration as a sovereign corridor.

The implementation of the 9th point of the declaration was adopted by the January 11, 2021 statement. The trilateral working group set up on the basis of the January 11 statement with the participation of Azerbaijan stated that the reopened roads will operate within the framework of the sovereignty and territorial integrity of the countries they pass through. “The use of the roads should be based on the parity principle. This means there are two issues. The first is the issue of sovereignty, which has already been announced by the Russian Federation. We have never heard the word corridor from Azerbaijan at working level. It has been recorded by the trilateral working group that it does not exist (corridor issue-edit.). Second, why should something that does not exist be acceptable for us, why should we discuss it at all”, the PM said.

The Prime Minister spoke about Azerbaijan's policy of blackmail. "They named it the “Zangezur corridor" and say that if Armenia does not provide a corridor, they will get it by war. Armenia must put this fact in front of the international community. And Armenia must show this as an openly aggressive policy of Azerbaijan, which must receive an adequate international assessment”.

At the same time, Pashinyan assured that Armenia is not only ready, but also interested in opening regional communications, noting that Armenia has been under blockade for 30 years, this is an opportunity to unblock. “The next issue is the issue of routes, which also contains quite a lot of nuances. And if that takes place in the sidelines of sovereignty, Armenia says that it’s ready to ensure communication between Nakhichevan and Azerbaijan and it’s Armenia who decides by which road to ensure that link, otherwise, we cannot speak about sovereignty. In other words, Azerbaijan wants to decide how to come in and go out. This is impossible”, PM Pashinyan said.

Pashinyan noted that he does not understand why Armenia should refuse to provide a road, adding that today all countries in the world are struggling for that roads, railways, gas and oil pipelines pass through their territory, in general, cargo transportations through their territory as much as possible. According to Pashinyan, on the contrary, Armenia is interested in the opening of the Turkish railway, it wants Kars-Gyumri railroad to be opened, which can be used also by Armenia to get a railway link not only with Russia, but also with Europe and Iran. "Azerbaijan understands what this means. That is why it is constantly making efforts, including by creating a nervous atmosphere inside Armenia, so that it turns out that Armenia itself is against its unblocking. Do you understand where the absurdity has reached? And today Azerbaijan clearly uses some forces, I do not know where these moods rise from, that we should not provide a road," said the Prime Minister.