Pashinyan presents reason for refusing to meet with Putin, Aliyev on November 9 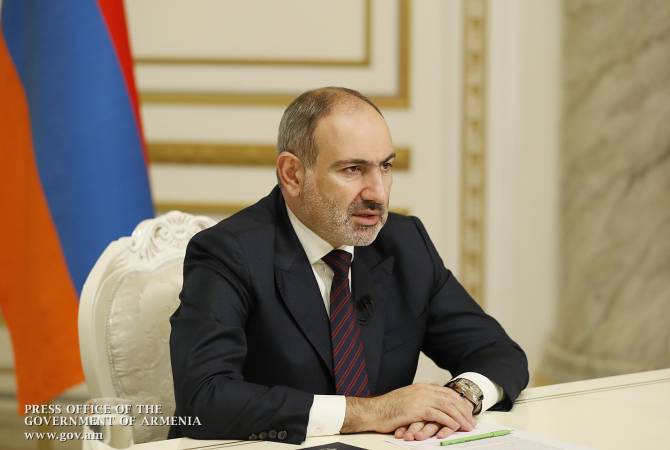 
YEREVAN, NOVEMBER 23, ARMENPRESS. The Armenian side was ready to meet online with the Azerbaijani side on November 9, if that meeting would solve a specific problem, for example, the return of the POWs. If not, it was suggested to change the day of the meeting, taking into account the painful perception of the Armenian side related to that day, ARMENPRESS reports Prime Minister of Armenia Nikol Pashinyan said in an online press conference, answering the question if there had been a preliminary agreement to hold a trilateral meeting between Pashinyan, Putin and Aliyev during the period of November 9-17, if yes, who refused it and why.

“There was an idea to hold a trilateral online meeting on November 9. I said that the idea of that meeting can be discussed but it’s problematic for us. I clearly stated, I sincerely stated our position, that November 9 is a hard, unpleasant day for us, but if it turns out that we can agree on a clear outcome based on the results of the November 9 meeting, for example, to resolve the issue of prisoners, I'm ready to take the bitter with the sweet and participate in that online conference. Later, when it turned out that unfortunately we cannot reach such an agreement because of the different positions, we just recorded that the symbolism of November 9 is not pleasant for us and I asked and proposed to postpone the meeting until November 15”, PM Pashinyan said.

He stressed that before November 15 there was an offer to meet on November 26. And then the idea arose to meet face to face, not online. "I supported that idea, it turned out that it is acceptable for the President of Russia and the President of Azerbaijan, an agreement was reached," Pashinyan said.

He reiterated that Armenia is ready to negotiate, work, make efforts and find mutually acceptable solutions. "But sometimes, through symbolism or other means, Azerbaijan tries to pursue a policy of aggressive coercion and blackmail against Armenia. And I said at the latest meeting of the Security Council that Armenia will not give in to this policy of blackmail, no matter how much we understand the vulnerability of our situation, because Azerbaijan, with the encouragement of other countries, already targets Armenia's independence, sovereignty, statehood and democracy. And I said that one should not speak to Armenia in the language of coercion," Pashinyan stated.

11:29, 05.19.2022
2974 views U.S. recognizes role of population of Nagorno-Karabakh in deciding its future–Ambassador Tracy’s interview to ARMENPRESS