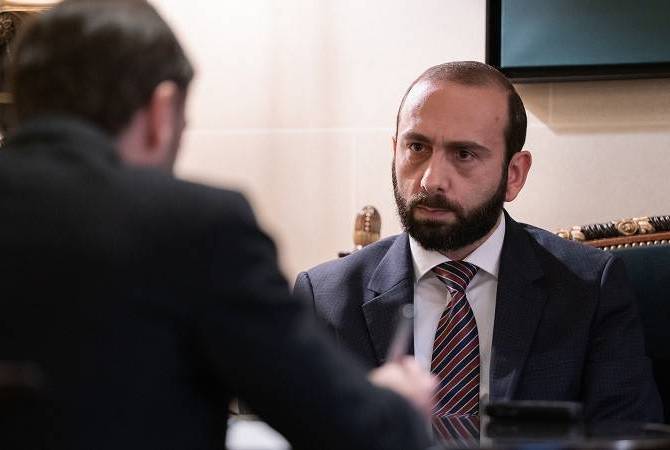 What is the situation on the border and in Nagorno Karabakh one year after the conflict?

Azerbaijan's military aggression against Nagorno Karabakh ended with a trilateral declaration on the ceasefire on November 9, 2020. However, the situation remains very tense. During this year, about thirty serious violations of the ceasefire by Azerbaijan have been registered, as a result of which there have been casualties on the Armenian side. Civilians were also killed.

Nevertheless, Armenia is making every effort to establish lasting peace in the region. However, for this process to be effective, the efforts must be bilateral.

What efforts is Armenia ready to make?

The rhetoric of the two sides is very different. Armenia speaks of opening all channels of communication, while Azerbaijan insists on the so-called "corridor" (with Nakhichevan, which is located between Armenia, Turkey and Iran, ed.). Armenia, as a manifestation of goodwill, is ready to hand over all the maps of minefields located in the region, but Azerbaijan, despite its obligation, does not release the Armenian prisoners of war.

When we talk about peace, Azerbaijan multiplies xenophobic statements. These are evidenced by the speeches of the president of Azerbaijan, the “trophy park" opened in Baku this spring, where Armenians are presented humiliated and ridiculed.

Where can lead this hate speech you are talking about?

The answer to this difficult question is in Baku. Hatred can lead to annihilation or genocide. The Armenian people know that.

Lasting peace is possible, but it is difficult to imagine the presence of the Armenian population in the territories controlled by Azerbaijan. No Armenians live in the territories that passed under the control of Azerbaijan as a result of the war, which is a factual proof of ethnic cleansing.

How many POWs are kept in Azerbaijan?

There is a lot of evidence about the inhuman, degrading treatment and torture of Armenian prisoners of war. These cases have been documented by various international non-governmental organizations, including the Human Rights Watch. We also have documented videos and photos that prove that these people were captured, but Azerbaijan does not confirm their existence.

Last Wednesday you met with French Foreign Minister Jean-Yves Le Drian, and then took part in a trilateral meeting with your counterpart Jeyhun Bayramov involving the OSCE Minsk Group Co-Chairs. What was the result of the meeting?

First of all, I would like to thank President Macron, the French parliamentarians, all those who have shown support to Armenia.

I would also like to emphasize the importance of resuming negotiations under the auspices of the OSCE Minsk Group Co-Chairs. Of course, the issue of the final settlement of the conflict is on the agenda. But at this stage we agreed to take small steps to secure the release of prisoners of war and the entry of international organizations, including UNESCO, into Nagorno-Karabakh for humanitarian purposes, which will be aimed at monitoring the Armenian historical and cultural heritage, since the historical-cultural heritage of Artsakh under threat of deliberate extinction by Azerbaijan.

One such example is the bombing of the Holy Savior Cathedral in Shushi with the use of UAVs during the war. About 1,500 cultural monuments and 19,000 museum specimens of Artsakh are endangered.

What role should Russia play, which has deployed 2,000 peacekeepers in Nagorno Karabakh to maintain the ceasefire?

Russia managed to end the war on the 44th day of hostilities. Russia is a Co-chair of the OSCE Minsk Group. The Russian peacekeeping forces ensure the security of the Armenians of Nagorno Karabakh, contribute to the restoration of normal life. Violations of the ceasefire by Azerbaijan are directed also against the reputation of Russian peacekeepers.

Is Armenia ready to normalize its relations with Turkey, to accept the corridor connecting Azerbaijan with Turkey?

We have always stated that we are ready to normalize our relations without preconditions, despite the huge support provided by Turkey to Azerbaijan during the war against Artsakh, both politically and through the supply of weapons, as well as the deployment of thousands of foreign mercenaries.

We have received positive signals from Turkey to reopen the dialogue, but it remains complicated. Ankara puts forward new conditions. Among them is the "corridor" connecting Azerbaijan and Nakhichevan. It cannot be a subject of discussion at all. Countries should allow transit while maintaining their sovereignty over their territory. All communication channels in the region should be reopened.