“We call for the return of all remaining detainees” – U.S. State Department on first anniversary of Karabakh ceasefire | ARMENPRESS Armenian News Agency

“We call for the return of all remaining detainees” – U.S. State Department on first anniversary of Karabakh ceasefire 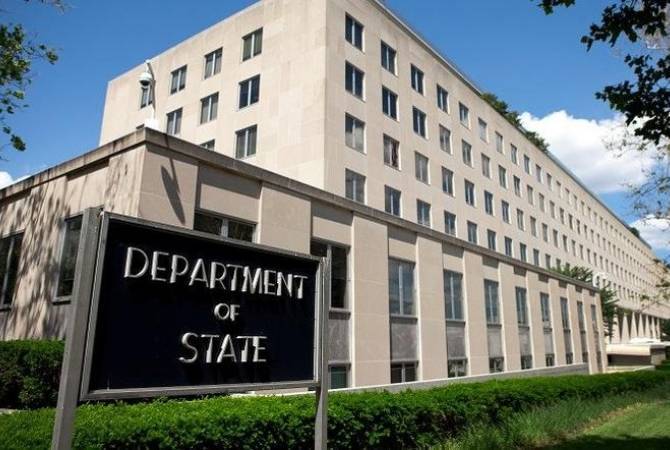 “This week, the United States and the international community recognize the one-year anniversary of the ceasefire declaration that ended 44 days of intense fighting between Armenian and Azerbaijani forces in the South Caucasus,” Price said in the statement titled “Recognizing the One-Year Anniversary of the Ceasefire Declaration Between Armenia and Azerbaijan.” “We extend our deepest condolences to the families of those killed and injured during the hostilities last year.  We call for the return of all remaining detainees, a full accounting of missing persons, the voluntary return of displaced persons to their homes, comprehensive humanitarian de-mining of conflict-affected areas, and access by international humanitarian organizations to those in need.  We also call for an investigation into alleged human rights abuses and violations of international humanitarian law.

The United States remains committed to promoting a secure, stable, prosperous, and peaceful future for the South Caucasus region.  U.S. Deputy Assistant Secretary in the Bureau of European and Eurasian Affairs Erika Olson is currently in the region to discuss bilateral issues with all three countries and to explore opportunities for regional cooperation.  We urge Armenia and Azerbaijan to continue and intensify their engagement including under the auspices of the Minsk Group Co-Chairs to find comprehensive solutions to all outstanding issues related to or resulting from the Nagorno-Karabakh conflict.”

One year since the end of the 2020 Artsakh war, Azerbaijan still refuses to return dozens of Armenian prisoners of war, despite obligations to do so under the terms of the ceasefire.