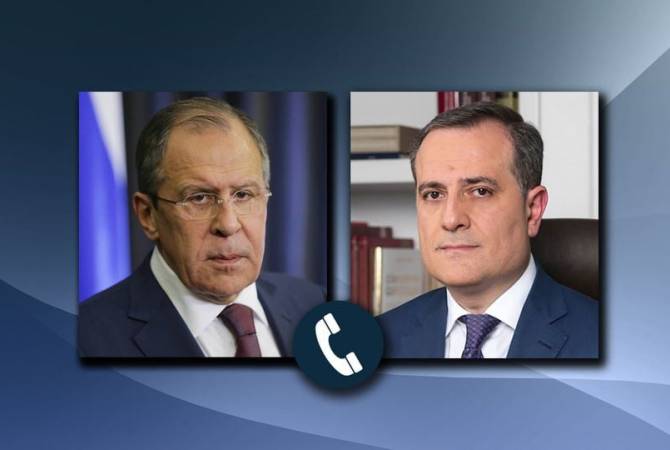 The sides exchanged views on the implementation of the agreements reached by the leaders of Russia, Armenia and Azerbaijan on November 9, 2020 and January 11, 2021, taking into account that it’s already a year since the establishment of the full-fledged ceasefire in the Nagorno-Karabakh conflict zone.

The Foreign Ministers of the two countries exchanged approaches on the issues of easing tensions on the Armenian-Azerbaijani border, unblocking all transport and economic ties in the South Caucasus, and creating a favorable atmosphere for regional cooperation.

Sergey Lavrov stressed the need to continue efforts aimed at the comprehensive settlement of all of political-diplomatic issues between Armenia and Azerbaijan.