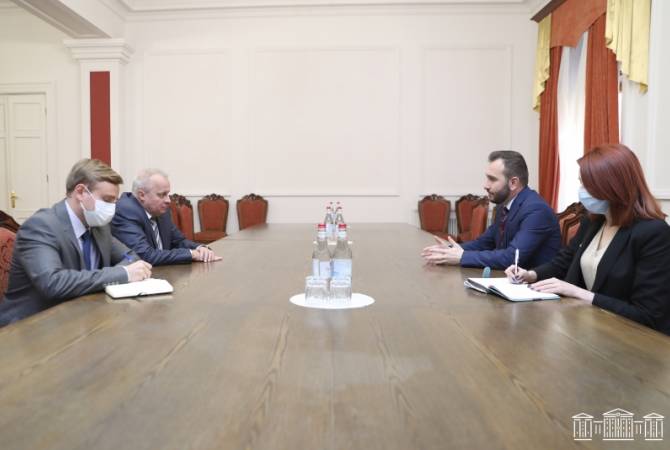 Hayk Konjoryan referred to the issue of immediate return of Armenian prisoners of war held in Azerbaijan, which is envisaged in the November 9, 2020 declaration.

Issues of further Armenian-Russian interparliamentary ties both at bilateral and multilateral platforms
were discussed.

The works implemented in the framework of cooperation of the National Assembly of Armenia and the Federal Assembly of Russian Federation were highlighted.