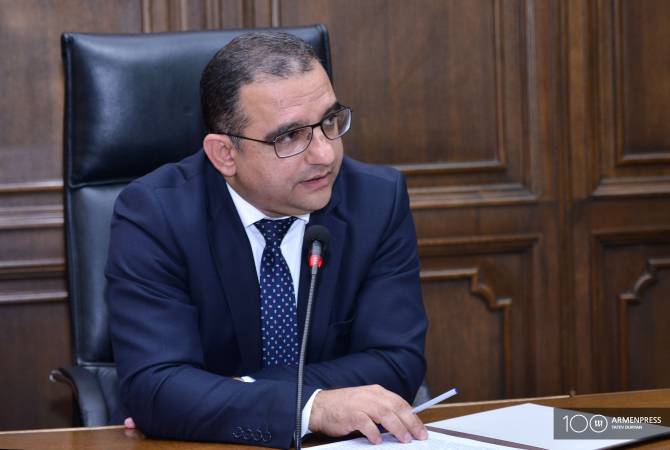 
YEREVAN, OCTOBER 25, ARMENPRESS. The government plans to consistently and continuously reduce the state debt and bring it to the circle defined by law, finance minister Tigran Khachatryan said during joint parliamentary committee debates on the 2022 state budget.

“2020, depending on both the pandemic and the war, led to a 63,5% state debt against the GDP. Pursuant to rules defined by law, this fact requires the government to present to parliament in the next five years the kind of a budgetary circle which would guarantee debt return in the limits not exceeding 60%,” he said.

Khachatryan said that their actions must lead to the 2022’s summarized indicator to be 60,2% of the GDP.

“Implementing reasonable capital or development programs through funding the deficit are the important preconditions which should secure the ensuring of economic potential and high economic growth. From this perspective we will head for a consistent and continuous reduction of the debt,” he said.

The deficit is projected 3,1%, a figure Khachatryan described as the “reasonable safe size” with which the government will be able to implement sectoral development programs by involving debt.

“We will have significant increase of capital spending, both economic and social infrastructures. We see all this together as a precondition in terms of creating a sustainable environment for economic growth, because both 2022 and next years are the period of time in the government’s action plan where the targeted 7% economic growth is the minimum indicator,” he said.