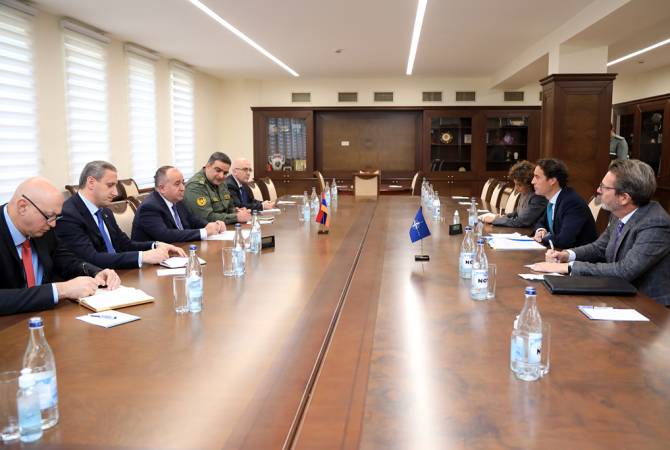 As ARMENPRESS was informed from the press service of the MoD Armenia, Arshak Karapetyan presented the security environment and existing challenges created following the termination of hostilities in Artsakh, spoke about the participation and role of a NATO member state, Turkey, in the 44-day war, as a result of which the trsut in NATO for ensuring regional stability and peace has declined.

The interlocutors also discussed issues related to regional security and the prospects of Armenia-NATO cooperation.