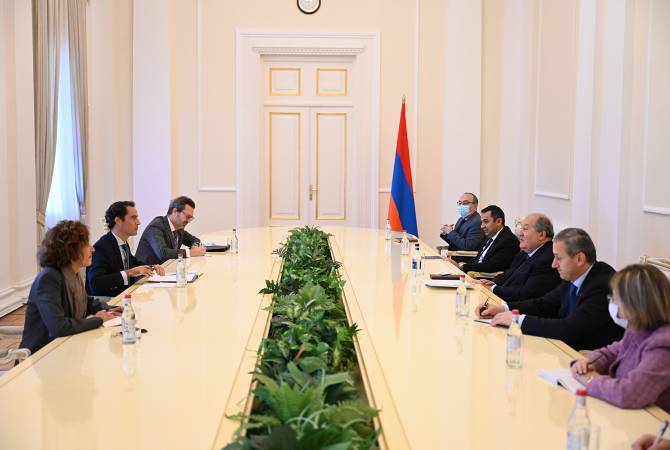 
YEREVAN, OCTOBER 21, ARMENPRESS. President of Armenia Armen Sarkissian received today NATO Secretary General's Special Representative for the Caucasus and Central Asia Javier Colomina Píriz and his delegation who are in Armenia as part of a regional visit, the Presidential Office reports.

Armen Sarkissian highlighted Armenia’s normal cooperation and partnering relations with the NATO. He stated that Armenia continues bringing its important contribution to the international efforts on establishing peace and stability.

The NATO Secretary General’s Special Representative said the North Atlantic alliance values the cooperation with Armenia and the continuation of the political dialogue. He highlighted Armenia’s great contribution to the NATO missions and ensuring international security.

The President once again stated that the active participation of Turkey, as a NATO member, to the 2020 war against Artsakh, can’t be understood and is a serious issue.