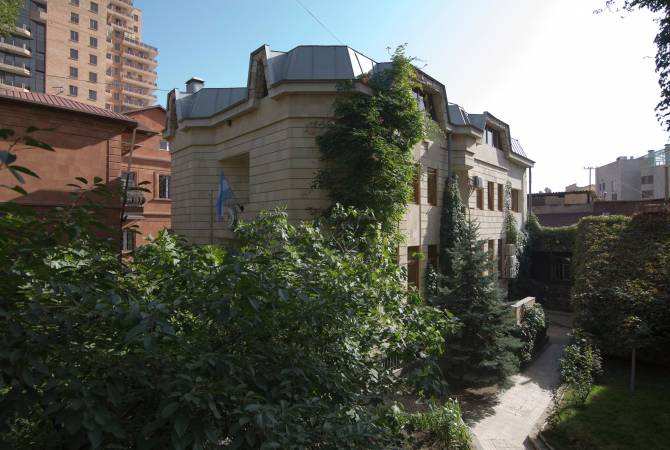 
YEREVAN, SEPTEMBER 28, ARMENPRESS. The Embassy of Argentina in Armenia is launching the project of creating the first Argentine Chamber of Commerce in Yerevan.

The new chamber’s goal is to become a new business platform offering important toolkit for trade promotion, contribute to business development and creation of favorable environment for new investment and trade flows, the embassy said.

Ambassador of Argentina to Armenia Mariano Vergara said the chamber will initially be based on a virtual application, which will connect in real-time Argentine and Armenian companies and entrepreneurs. This new commercial tool will be at the disposal of the Armenian authorities, marking the 30th anniversary of Armenia’s independence. Special attention will be drawn on many young Argentine specialists who come to Armenia and seek to get integrated into the labor market. “Converse Bank is our partner in this initiative, we expect that the bank will have active participation and role also in the work of the Armenian-Argentine Chamber of Commerce,” the ambassador said.

Albeit the modest trade turnover between Armenia and Argentina, there is big potential to enhance it and subsequently contribute to the development of various branches of the economy. For at least a decade, Argentina was among the five top investment flow countries in Armenia, mostly through the Argentine-Armenian community, and to this day Argentina has a leading place in Armenia’s foreign investments.

“The 1992 establishment of diplomatic relations between Argentina and Armenia was the reflection of the high level political dialogue and successful cooperation between our friendly countries. The significant Armenian Diaspora of Argentina, which is fully involved in Argentina’s society since its formation, also has its invaluable contribution in the development of bilateral relations,” the embassy said.