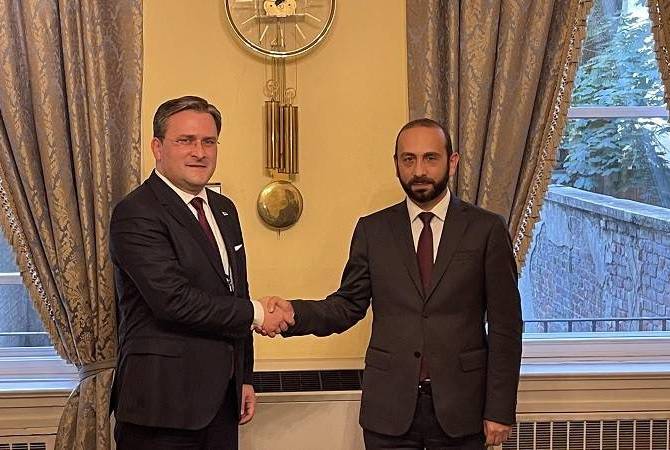 The two FMs discussed the cooperation on bilateral and multilateral platforms. The opening of the Serbian diplomatic representation in Armenia was emphasized in terms of further deepening the cooperation.

Regarding the promotion of economic cooperation, the officials stressed the importance of establishing an Armenian-Serbian intergovernmental commission. Issues on EAEU-Serbia cooperation were also discussed.

Touching upon the situation resulting from the Azerbaijani aggression against Artsakh, Foreign Minister Ararat Mirzoyan stressed the urgency of the unconditional repatriation of Armenian prisoners of war and captured civilians held in Azerbaijan.

In the context of the Nagorno Karabakh conflict, the need for resumption of the peace process under the auspices of the OSCE Minsk Group Co-Chairmanship was emphasized.