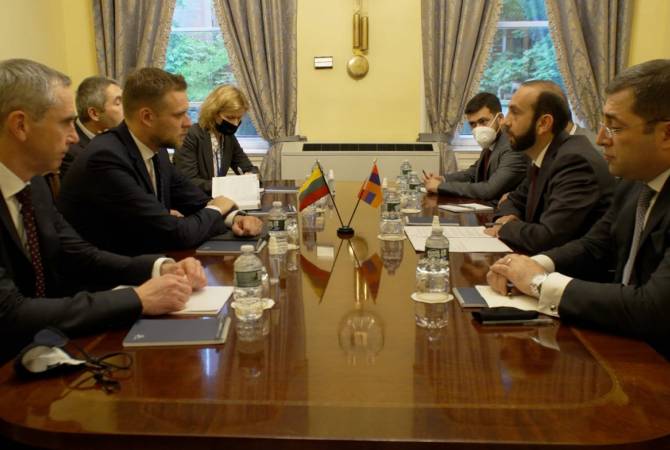 As ARMENPRESS was informed from the press service of the MFA Armenia, the interlocutors expressed satisfaction with the positive dynamics in the relations between Armenia and Lithuania, reaffirmed their readiness to deepen the existing cooperation through a high-level dialogue.

The Foreign Ministers of Armenia and Lithuania exchanged views on the broad agenda of the Armenia-EU partnership, the technical assistance provided to Armenia by the EU.

During the meeting, the sides referred to the situation after the 44-day war, as well as the situation created by the penetration into the sovereign territory of Armenia by the Azerbaijani armed forces. Ararat Mirzoyan noted that Azerbaijan's provocative actions undermine Armenia's efforts to de-escalate the situation and establish stability.

In the context of the Nagorno-Karabakh conflict, the Armenian Foreign Minister stressed the need for the resumption of peace talks under the auspices of the OSCE Minsk Group Co-Chairs and establishment of a comprehensive and lasting peace.