Moscow reaffirms the need for demarcation between Armenia and Azerbaijan 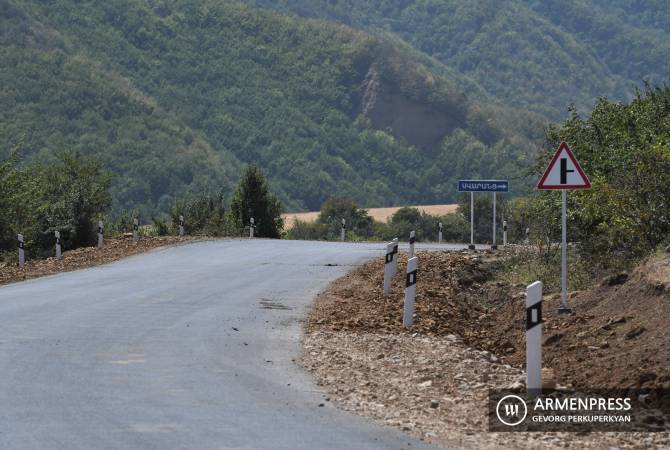 
YEREVAN, SEPTEMBER 16, ARMENPRESS. The situation on the problematic sections of the Kapan-Goris interstate road in Syunik, including the inspection of Iranian trucks by Azerbaijanis in areas under Azerbaijani control and the charging of money from their drivers, once again confirms the need to start delimitation and demarcation work between Armenia and Azerbaijan, ARMENPRESS reports official representative of the Russian MFA Maria Zakharova said during a weekly briefing․

According to Zakharova, Russia attentively follows the developments in concrete sections of the Armenian-Azerbaijani border.

‘’Russia's proposals on this issue have been passed to both Baku and Yerevan. We look forward to hearing from the sides for organizing the future process. In parallel, we will continue our joint efforts with Azerbaijan and Armenia to unblock transport links in the region, in accordance with the trilateral agreements reached on November 9, 2020 and January 11, 2021 at the highest level’’, Zakharova said.

On September 12, the National Security Service of Armenia reported that the police of the Republic of Azerbaijan stopped and checked the cargo documents of truck drivers with Iranian license plates on of the interstate road near the Vorotan settlement that passed under Azerbaijani control after the war. In connection with the incident, the Iranian Embassy in Armenia stated that the elimination of roadblocks is an imperative for Iran. According to the statement, Iran is closely following the developments in the Caucasus region in recent months, will pursue various ways of facilitating trade with neighboring countries, including Armenia.