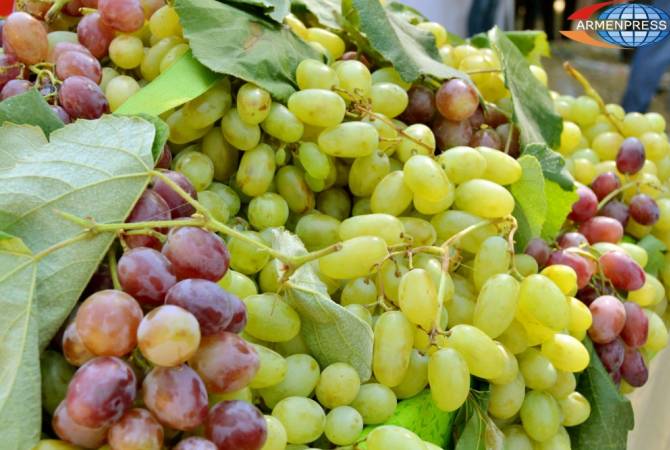 As ARMENPRESS was informed from the Office of Deputy PM Suren Papikyan, the issue of grape procurement price was discussed during the meeting. The result of the meeting was that the companies participating in the meeting agreed to raise the minimum price from the existing 115 AMD to 130 AMD for technical varieties of grapes. Deputy Prime Minister Suren Papikyan also informed that weighing scales and sugar meters were checked at the purveyance stations, noting that this issue will be in the center of the Government's attention.

The Deputy Prime Minister reaffirmed the strategic importance of the grape value chain, and offered the grape purveying companies to hold similar discussions regularly after completing the procurement season in order to provide systemic solutions to the existing problems in the sphere.