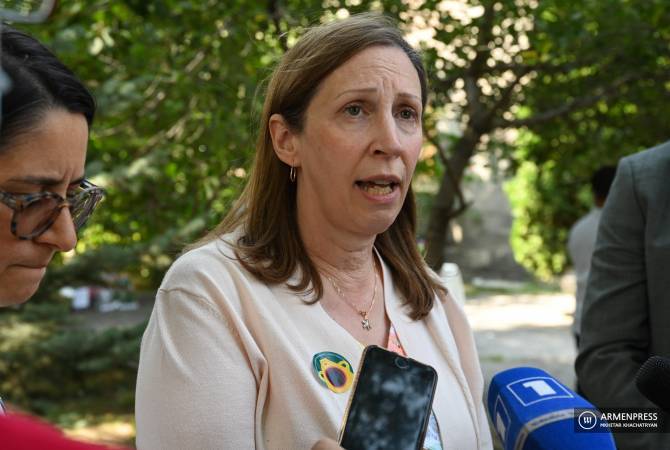 
YEREVAN, SEPTEMBER 11, ARMENPRESS. The United States has again reiterated that it doesn’t consider the issue of the status of Nagorno Karabakh to be resolved.

United States Ambassador to Armenia Lynne Tracy was asked by reporters on the potential resumption of the Armenian-Azerbaijani negotiations under the auspices of the OSCE Minsk Group. Ambassador Tracy said that the United States, as a Minsk Group Co-Chair, is doing “everything to support bringing the parties together under the auspices of the Minsk Group, because we think that these very fundamental issues of peace and security require negotiations and diplomacy.”

“Secretary Blinken has made our commitment to this process very clear on several occasions. It’s obviously a very tough environment. Thirty years of war and tensions are not going to be resolved overnight. But we understand that there are some fundamental issues that do have to be addressed, and one of them, as I have said before, is that we don’t consider the status of Nagorno Karabakh resolved. And we will continue to keep that on the agenda of the Minsk Group," Tracy said.