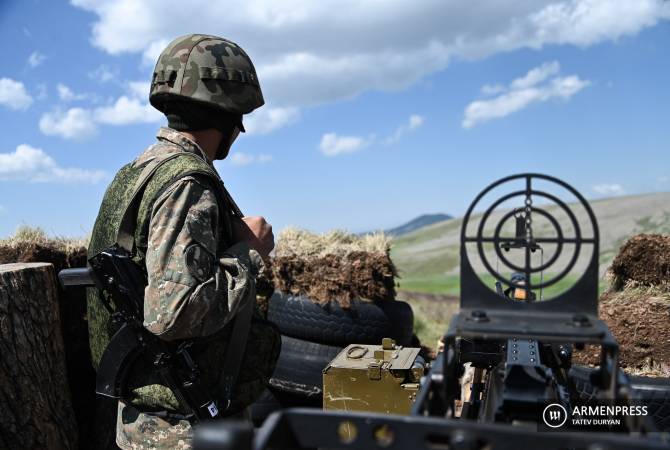 
STEPANAKERT, AUGUST 12, ARMENPRESS. Azerbaijani military units attempted to breach the line of contact into Artsakh from the western direction during the night of August 12, the Ministry of Defense of Artsakh said.

The Azeri attempt was thwarted by Artsakh Defense Army countermeasures and the Azeri troops were repelled to their original positions.

“There are no casualties from the Armenian side. The command of the Russian peacekeeping contingent in the Republic of Artsakh was immediately notified about the Azerbaijani provocation,” the Defense Ministry said.

19:52, 06.24.2022
2478 views The Chinese Ambassador to Armenia attaches importance to cooperation with Shirak Province in various fields