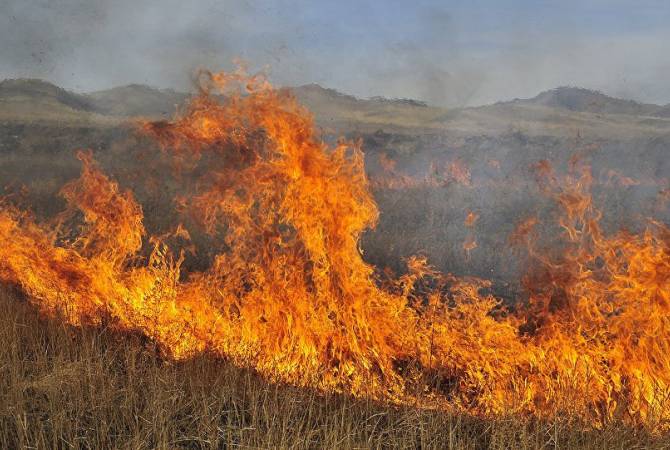 
YEREVAN, AUGUST 6, ARMENPRESS. The Azerbaijani military servicemen are deliberately setting fires to lands privately owned by people and to lands in their immediate vicinity with intentional criminal acts of arson near the Ararat province’s Yeraskh village of Armenia, ARMENPRESS reports Human Rights Defender of Armenia Arman Tatoyan wrote on his Facebook page.

Today, the Office of the Human Rights Defender received alarming-calls that the Azerbaijani Armed Forces started shootings in the immediate vicinity of, and in the direction of the  Ararat province’s Yeraskh village of Armenia using small and large caliber weapons. The village is located at a distance of around 1 km from Azerbaijani positions.

The shootings by the Azerbaijani Armed Forces grossly violate the rights of residents in Yeraskh and neighboring villages.

As a direct consequence of the fires, the residents of Yeraskh and neighboring villages are not able to conduct agricultural work. Moreover, the shootings and the fires set have destroyed the peace and normal life of people in Yeraskh especially'', he wrote.