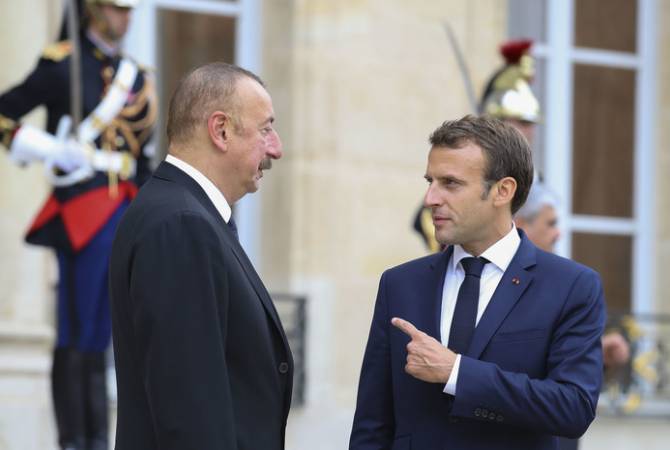 
YEREVAN, AUGUST 5, ARMENPRESS. French President Emmanuel Macron and Azerbaijani president Ilham Aliyev held a phone talk, during which they agreed to cooperate for the achievement of regional stability, ARMENPRESS reports, reads the statement issued by the Élysée Palace.

‘’The French and Azerbaijani presidents agreed bout cooperation for strengthening stability in the region, based on the assistance of the OSCE Minsk Group Co-chairs (Russia, France, the USA)’’, reads the statement.

It’s noted that the leaders pf France and Azerbaijan highlighted the efforts of the OSCE Minsk Group for achieving regional stability.