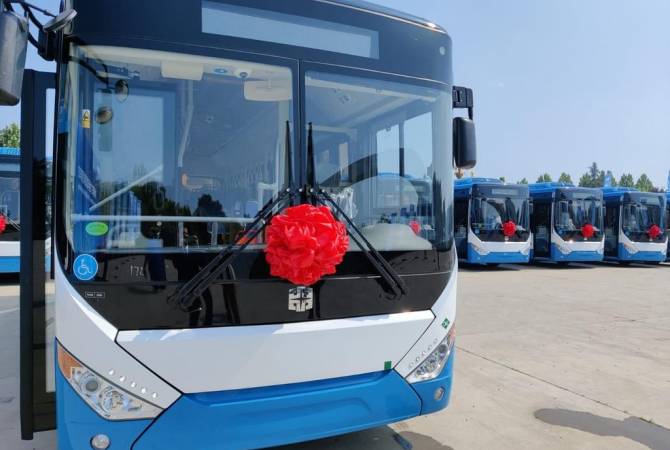 
YEREVAN, AUGUST 5, ARMENPRESS. The Yerevan transportation system is expected to undergo significant changes with the expected arrival of 211 buses in October set to replenish the Armenian capital’s bus fleet.

The city of Yerevan will then have 16-17 new public transportation bus routes, Yerevan Mayor Hayk Marutyan’s spokesperson Hakob Karapetyan told ARMENPRESS. The buses were bought from the Zhongtong manufacturing company based in Liaocheng, China.

“The buses will be commissioned in the coming weeks after arriving to Yerevan. According to legislative regulations, 1 out of 8 vehicles of the transportation fleet must be in reserve, meaning 30 of the 211 will be in reserve. Around 180 buses will serve the city network. Given the fact that 8-12 buses operate each route, we will have around 16-17 new routes,” he said.

Speaking about the payment system, Karapetyan said they expect a single e-system to be in place at the time of commissioning the new vehicles.

“The system will enable to pay with cards, which one should acquire beforehand, or by bank cards. Similar systems are in place in a number of European cities, and there is no option of a passenger paying cash to the driver,” he added.