SPRING PR is the winner of IPRA Golden World Awards – 2021 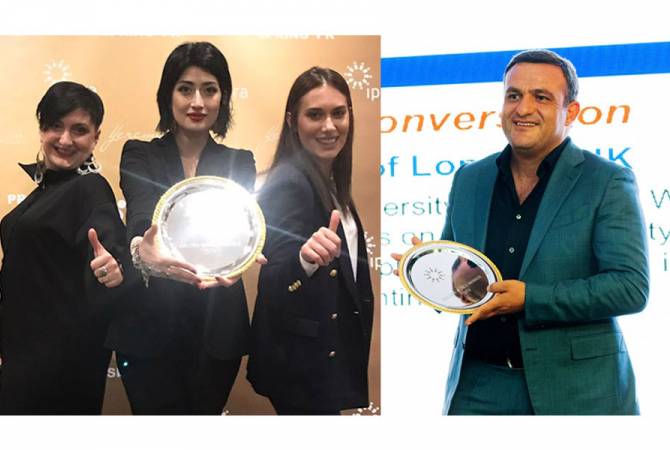 SPRING PR is the first company from Armenia to win the prize. Tatevik Simonyan, the co-founder and director of the international projects of SPRING PR, says, “As a communication field agency SPRING PR-company has always been guided by international standards, competent and ethical principles of communication. It has always been of primary importance for us to present Armenia to the international community especially through this campaign, to show our great culinary traditions and experience and to position our country as a desirable and demanded destination.”

SPRING PR came forward with the cultural PR campaign called “The Road of Flavors” which was announced the winner of Travel and Tourism nomination. In collaboration with “Yeremyan Projects” the aim of multiple stage campaign was to popularize Armenian cuisine, the principles of Armenian culinary traditions and hospitality, promote the potential development of Armenian gastronomical tourism and improve the knowledge of national cuisine among tourists and residents of Armenia. “The Road of Flavors” campaign includes several projects, e.g. a film named “The Road of Flavors”, press tour of internationally renowned media representatives in order to get acquainted with Armenian gastronomical culture and the variety of national dishes. Besides, the campaign also presented "GASTRO COUTURE" project based on the concept of creating a unique fashion show inspired by the traditions of Armenian cuisine. "GASTRO COUTURE" was initiated by “Yeremyan Projects” in collaboration with Harmony Yerevan fashion house. The unique fusion of two creative esthetic worlds, cuisine and fashion, resulted in this project inspired by Armenian traditional dishes. Davit Yeremyan, Director General of “Yeremyan Projects”, notes, “The mission of “Yeremyan Projects” company is to raise the awareness of Armenian cuisine and culinary art around the world which has always been the objective of our years-long collaboration with SPRING PR-company. All our daring ideas and projects have undoubtedly had positive influence on the development of Armenian gastro-tourism, tourism in general and observance and proliferation of Armenian traditions. I can proudly state that our partner SPRING PR has managed to present Armenia decently on international platforms and through continuous and persistent efforts contributing to the realization of the campaign to show the attraction of our country to the world.” Philip Sheppard, IPRA Secretary General, says, “The winner of the agency Travel and Tourism category this year was SPRING PR's “The Road of Flavors” campaign which helped elevate knowledge of traditional Armenian cuisine to a world literally hungry for new gastronomic experiences." IPRA Golden World Awards is given in a variety of categories for successful communication campaigns in the fields of tourism, information technology, finance, healthcare, etc. In 2019 in the framework of 10-years Anniversary of SPRING PR-company the award ceremony and Gala dinner of Golden World Awards 2019 took place in Yerevan. Around 120 experts, representatives of state institutions, top-level managers of major companies, communication specialists from more than 50 countries arrived in Armenia at the initiative of SPRING PR-company. For the first time in the history of IPRA Golden World Awards ceremony the Global Host Award was given to SPRING PR-company for carrying out such a great event and communication campaign. * SPRING PR-company, founded in 2009, is one of the leading companies in the field of communications in Armenia. The Company is specialized in strategic communications, event management, planning and development of PR projects, public opinion surveys both in Armenia and abroad. SPRING PR Company cooperates with professional international networks, associations and organizations, such as, International Public Relations Association (IPRA), Chartered Institute of Public Relations (CIPR). SPRING PR is the winner of several influential Awards of the field such as IPRA Golden World Awards, Eventiada IPRA Golden World Awards, C4F Davos Awards (Communication for Future Davos Awards).