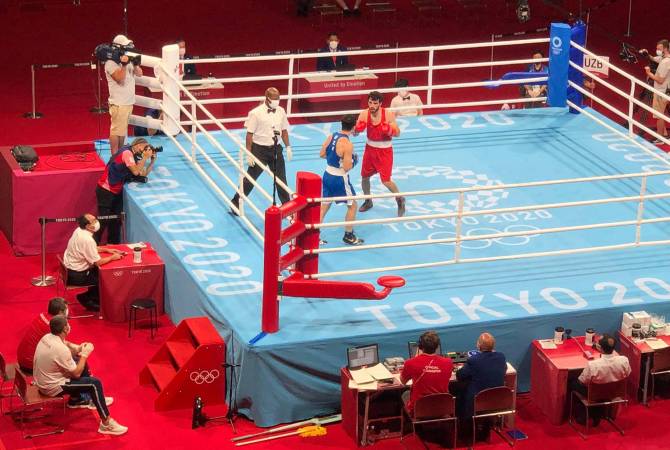 
TOKYO, AUGUST 3, ARMENPRESS. Armenian boxer Hovhannes Bachkov defeated Uzbekistan’s Elnur Abduraimov 5:0 at the Tokyo Olympics, making his way to the lightweight semi-finals where he will face Keyshawn Davis of the United States.

The semi-final will take place on August 6.

Meanwhile, athlete Levon Aghasyan failed to pass the triple jump qualification with a score of 16.42.

Freestyle wrestler Arsen Harutyunyan (57kg) will have his first bout on August 4.