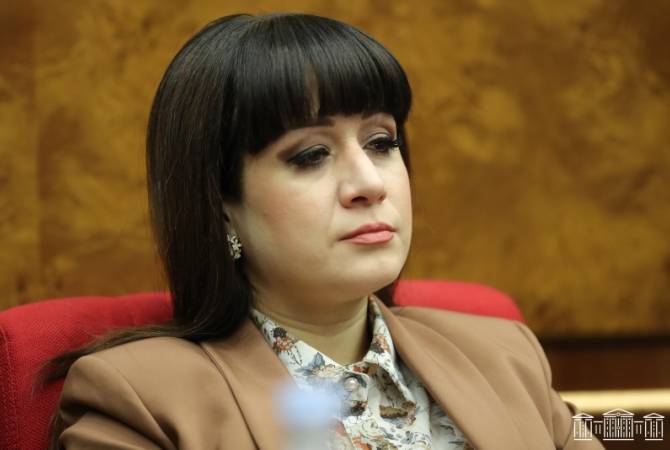 
YEREVAN, JULY 30, ARMENPRESS. Armenia has nothing to concede regarding its territorial integrity, at the same time it calls on all international organizations to take concrete actions to put an end to the Azerbaijani provocations, Member of Parliament from the ruling My Step faction Nazeli Baghdasaryan said at the extraordinary session, commenting on the recent escalated situation on the Armenian-Azerbaijani border.

The lawmaker added that this violates the trilateral statements, but noted that Armenia and its authorities plan to take actions which will ensure security and peace in the region.

“I emphasize our determination that we have nothing to concede regarding our territorial integrity. And I call on all international structures to take concrete, practical steps”, she said.

On July 29, starting from 23:00, the units of the Armenian air defense forces prevented the attempts by Azerbaijani unmanned aerial vehicles (UAV) to enter into Armenia’s airspace in the Gegharkunik section of the Armenian-Azerbaijani border.

21:29, 09.24.2021
Viewed 1818 times Today, no Armenian lives or practically could live in the territories under the control of Azerbaijan – Pashinyan