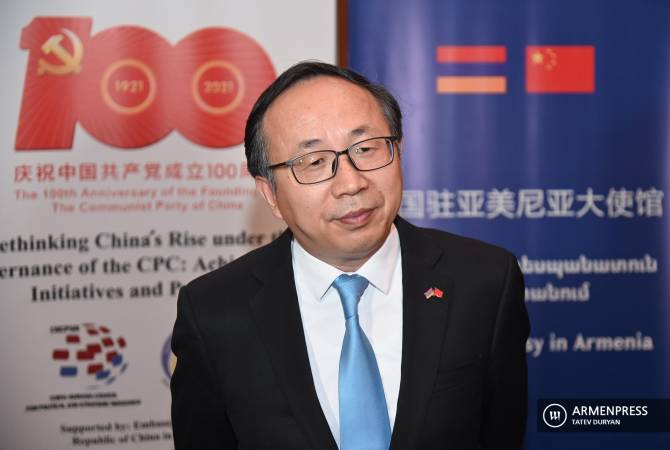 
YEREVAN, JULY 2, ARMENPRESS. Ambassador of China to Armenia Fan Yong has commented on the question relating to the illegal presence of Azerbaijani armed forces in Armenia’s sovereign territory.

He told reporters that this issue is important for them because they have friendly relations with both Armenia and Azerbaijan.

“The Foreign Ministry of China has already commented on the issue of the presence of Azerbaijani servicemen in Armenia’s territory. I want to state once again that we are trying to establish peaceful relations between the two countries through negotiation process”, he said.