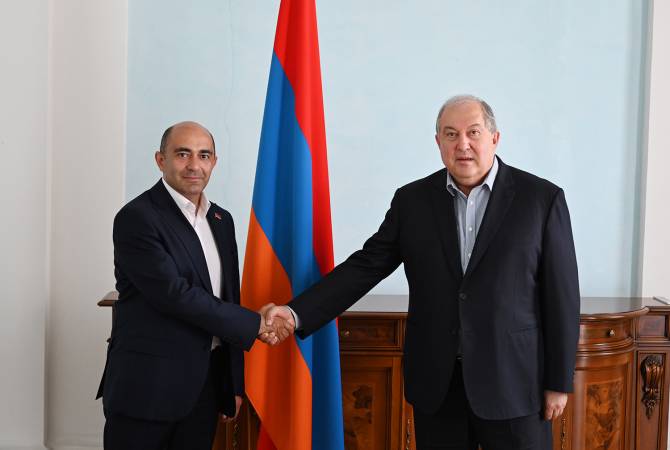 President Sarkissian stated that the Bright Armenia party has played its role in the country’s political life over the past years, which is highly appreciated.

It was stated that the party was one of the political forces which from the very start supported the idea of holding snap parliamentary elections for overcoming the crisis situation, which was an important decision from the perspective of stability and future of the state. The Armenian President expressed hope that the party, although it has not been elected to the parliament according to the preliminary results of the elections, will continue its activity for the benefit of the country’s development and progress.

Talking about their upcoming plans, Edmon Marukyan said their party will continue presenting and supporting their values and ideas.

The meeting also touched upon the ongoing domestic political situation in Armenia.