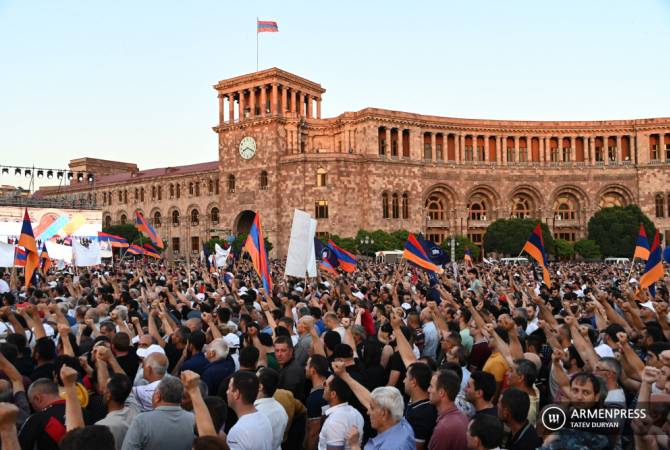 
YEREVAN, JUNE 18, ARMENPRESS. Various research organizations have carried out surveys in Armenia to find out the political preferences of the citizens ahead of the June 20 early parliamentary elections.

The results of the polls have showed different pictures, showing also the attitude towards the politicians participating in the elections.

The Armenian Election Study conducted by the EVN Report shows that 24% of the survey respondents, asked whom they are going to vote in favor of during the elections, stated that they will vote in favor of the Civil Contract party led by caretaker Prime Minister Nikol Pashinyan, 12% - “Armenia” alliance led by 2nd President Robert Kocharyanh, 2% - Prosperous Armenia party, 2% - National-Democratic Axis party and 2% - Republic. 9% of the respondents didn’t answer the question, 6% said wouldn’t vote in favor of any force and 30% couldn’t answer.

Citizens also expressed their attitudes towards politicians participating in the elections. According to Armenian Election Study survey, 30% of the respondents consider Pashinyan as honest, 17% - as competent, 51% - not competent, and only 2% considered him as corrupt.

2% of the respondents consider former director of the National Security Service Artur Vanetsyan, who is leading the electoral list of the alliance “I Have the Honor”, as honest, 25% - corrupt, 6% - competent and 67% - not competent.

The survey has been conducted in Armenia before June 16, through telephone interviews among 800 citizens.

The picture of the survey conducted MPG LLC, a full member of GALLUP International Association in Armenia, is completely different. Asked whom they are going to vote in favor of during the upcoming elections, 28.7% of the respondents mentioned the “Armenia” alliance, 25.2% - the Civil Contract party, 10.8% - “I Have the Honor” alliance, 5.4% - Prosperous Armenia party, 5.2% - Bright Armenia party, 2.8% - Shirinyan-Babajanyan alliance. 5.2% refused to answer this question, 2.7% mentioned none, and 4.1% couldn’t answer.

The survey has been conducted from June 14 to 16 through telephone interviews among 1105 citizens.

Public development centre Inter-Akcia has also conducted surveys in Armenia. Asked which party or bloc they are going to vote for during the June 20 elections, 21.9% of the respondents said they will vote in favor of the Civil Contract party, 20.8% - “Armenia” alliance, 12.2% - “I Have the Honor” alliance, 5.1% - Prosperous Armenia party. 21.5% couldn’t answer the question, 0.2% said none.

The survey has been conducted from June 13 to 16 among 3641 citizens of Armenia.