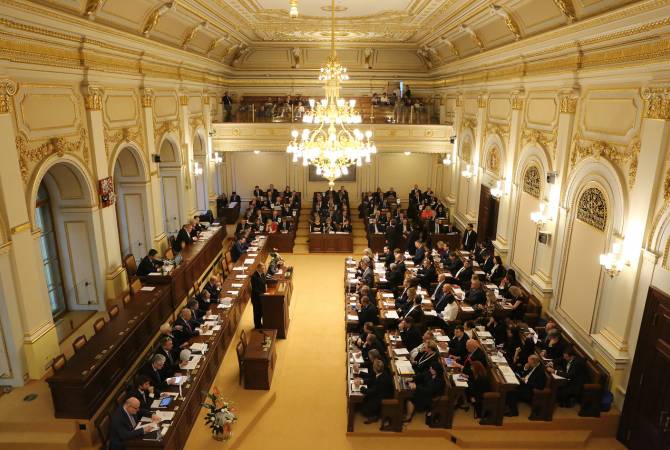 
YEREVAN, JUNE 11, ARMENPRESS. The Foreign Affairs Committee of the Chamber of Deputies of the Czech Parliament has adopted a resolution calling on Azerbaijan to immediately and unconditionally release all Armenian military and civilian prisoners captured during and after the Nagorno Karabakh conflict, and also calls on Baku to refrain from arbitrary detention in the future, the Armenian Embassy in the Czech Republic said on social media.

ARMENPRESS presents the text of the resolution:

“After the justification of the Deputy Minister of Foreign Affairs PhDr. Martin Povejšil, the news report sent by Mgr. Jiří Kobza and after the debate

Whereas on 19 March 2021 Human Rights Watch reported that Azerbaijani security and armed forces were abusing Armenian prisoners of war, and subjecting them to cruel and degrading treatment and torture, either at the time of their capture, during their transfer or in custody in various prisons